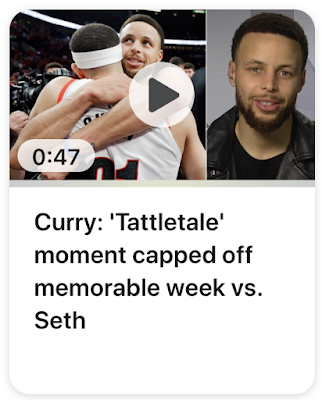 After the Warriors swept the Blazers in the 2019 WCF, all of this became true.

And what better narrative for the 73rd NBA season, than with the Curry Brothers?

Notice Steph is born on the 73rd day of the year.