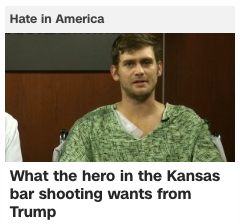 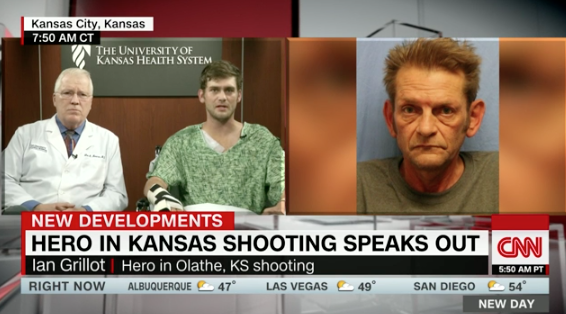 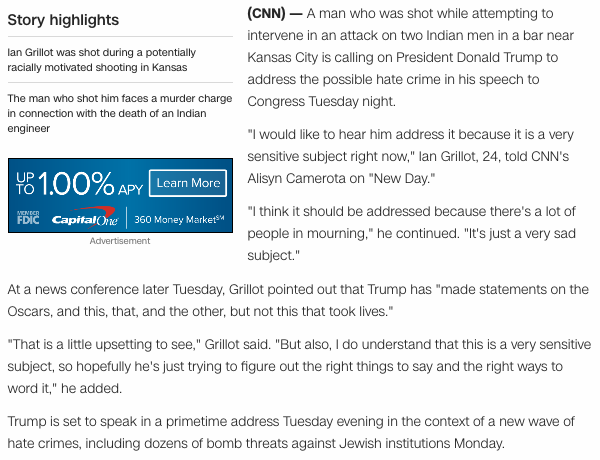 His initials, IG, also have a parallel to Kansas and 'Civil War'.

Remember, Kansas was the last state to join the Union before the Civil War. 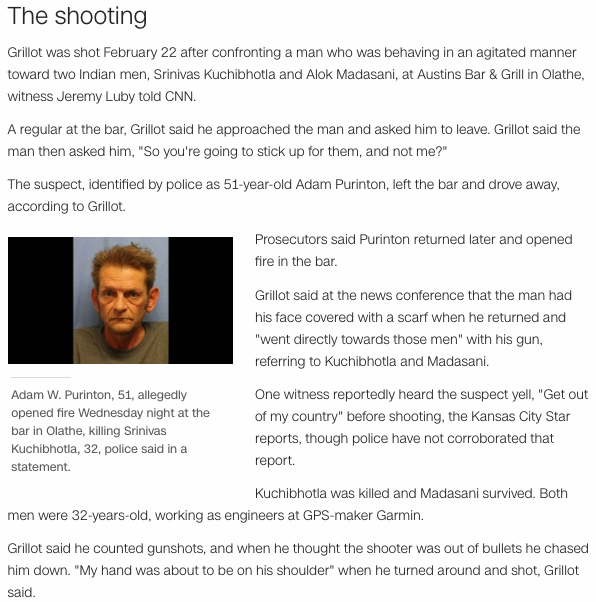 The date of the incident connects to the Gematria of 'hate crimes', '61', which is also the year the Civil War broke out.

The name of the man responsible for the hate crimes, 'Adam Purinton', also fits in.

Notice he is '51' and accused of attacking two Indian men.

Indian also has the '33' Gematria.

The names of the men shot have fascinating name Gematria as well. 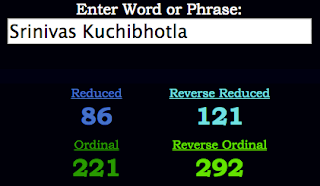 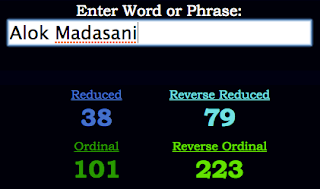 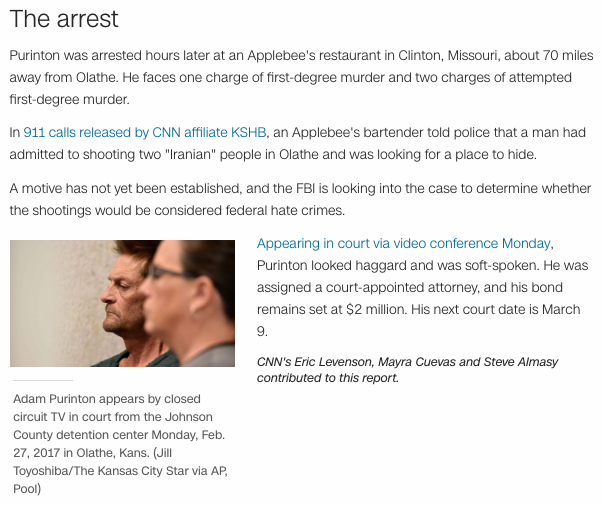