Notice Bonnie and Clyde died May 23 in history.  This is the date that has been coded next to Trump numerous times, seemingly in an ongoing assassination riddle.

Okay, so we just saw the Faye Dunaway and Warren Beatty mishap at the Oscars, 110-days after the election.  President = 110

Those were the two that played Bonnie and Clyde, 50-years earlier, 1967.

Also, just before the Oscars, there was the article about witches casting mass spells on Donald Trump.  One of the dates listed for mass spells was May 23, 2017, the 83-year anniversary of the death of Bonnie and Clyde.  The Donald = 83; Election = 83; Murder = 83 (Reverse)

The name Donald Trump in Satanic Gematria sums to '523', the number we have seen coded next to him throughout the campaign trail.  523, the 99th prime

Notice the Gematria of Bonnie and Clyde. 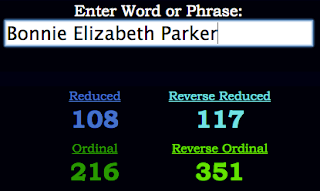 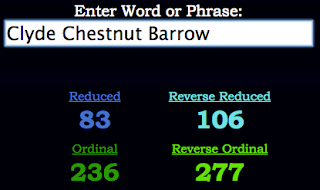 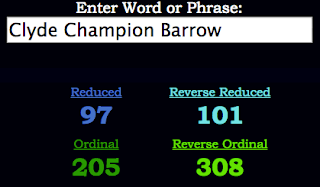