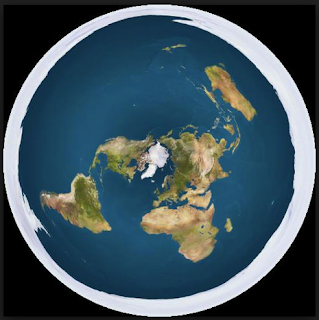 In 2017, let's put this false theory to bed, so that the truth community can regain credibility.  There are serious problems to overcome, and the flat earth theory is not helping with that.  It has only exposed those people who have very weak understanding of the scientific realities of this world.

Remember, the Freemasons operate through divide and conquer, and the flat earth theory has definitely divided many people needlessly.  In addition to that, it has sent a lot of people's research astray.  Instead of focusing on what matters, it has caused a lot of people to show their logical reasoning skills are not what they should be.
Posted by Zachary K. Hubbard at 4:38 PM