The Wall?  Where have I seen this symbolism in recent history?  I remember a guy running on building a wall, who was announced as the 45th President on the anniversary of the fall of the Berlin Wall, November 9, 2016.  That same guy had his GOP Convention in Cleveland, King James's city. 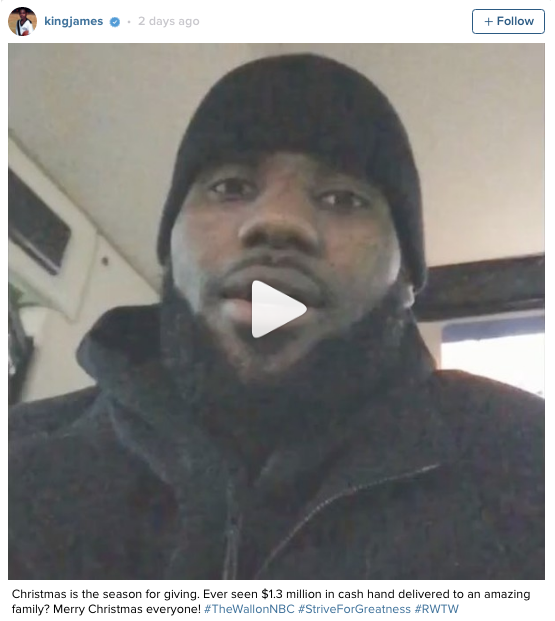 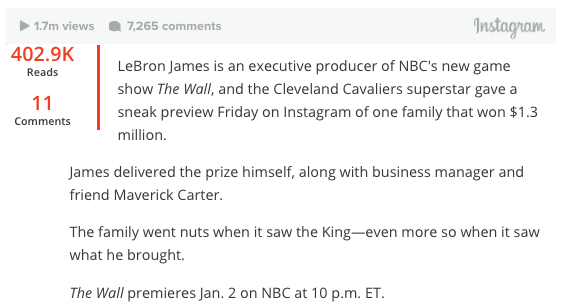 Notice how 'King' connects to '13'.  Remember, LeBron won the NBA Championship for Cleveland in his 13th season in the NBA. 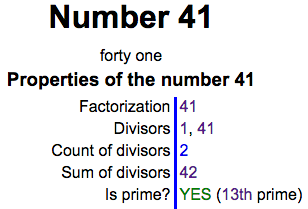 His friend's name, Maverick Carter, also connects to 'King', as does the name 'LeBron'.