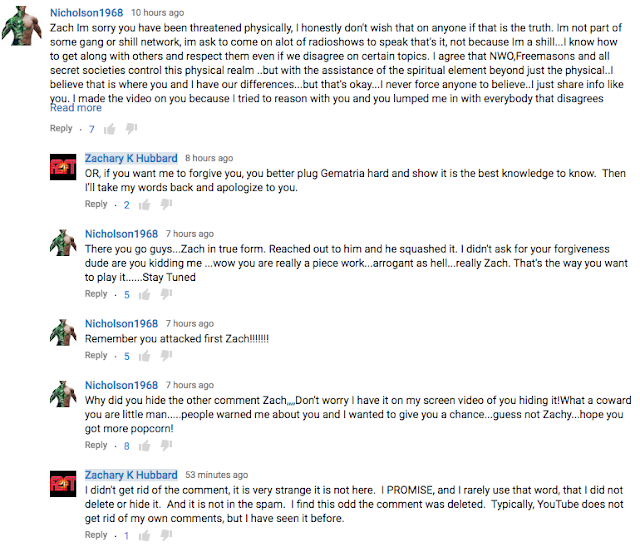 YouTube deleted my on point comment to Nicholson1968, telling him to fuck off with his false apology and his excuses for his fear porn and ad riddled channel (to which he sends his money overseas).  I find this funny because it was mentioned in the comments to this post by some of you that I should not delete the comment, and I did not intend to, but someone for Google, who runs this blog and my YouTube channel, took the liberty to do so.  If you missed the comment, I told him he was not forgiven and that he was a minion of Satan.  I also said if he wasn't, he would recognize I am a man inspired by God.  In case you're not aware, he accused me of being an enemy of God in an earlier video, prior to this apology. 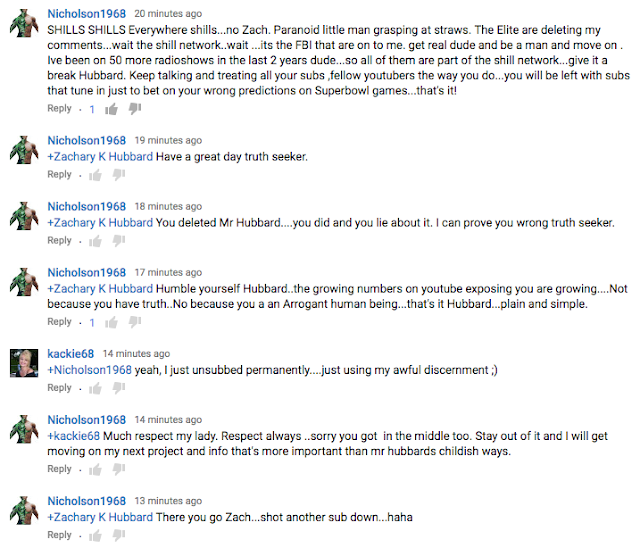