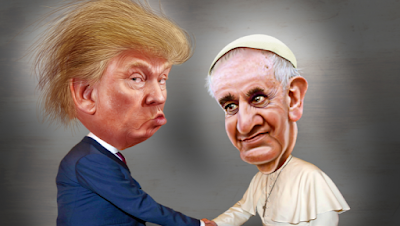 The Jesuit Pope and the Jesuit President, Francis and Trump.

Look at the last Republican President, George W. Bush, born on the 187th day of the year.

So we have Donald Trump, the Jesuit, who had his GOP Convention began July 18, or 18/7, 187-days before Inauguration Day in Washington D.C.

If only we knew Reverse Ordinal Gematria before.

Remember, Donald Trump is the 44th person to be President of the United States, he is #45. 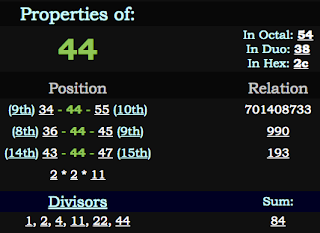 The Society of Jesus are known as the Jesuits.

Pope Francis is supposedly the first Jesuit Pope.  He has the right birthday.

He has some parallels to Francis as well.  He died the day after the Jesuit Order's birthday, in 1978.
Posted by Zachary K. Hubbard at 4:16 PM