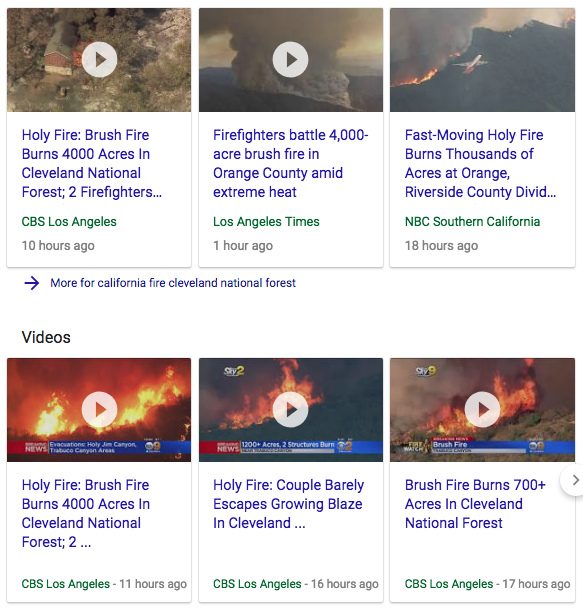 This news comes 78-days before the start of the 114th World Series, which begins October 23.

Consider this forest is on the 33rd Parallel North.

Further, the World Series begins October 23, a date with 33 numerology.

ALSO, this World Series will be the 114th, and in the world of sports, LeBron James just went from Cleveland to Los Angeles, a city not far from Cleveland National Forest.

It should also be noted that LeBron signed with L.A. 114-days before the start of the 114th WS.

Another clue that this might relate to the World Series is that it happened on the day leaving 147-days left in the year, August 6. 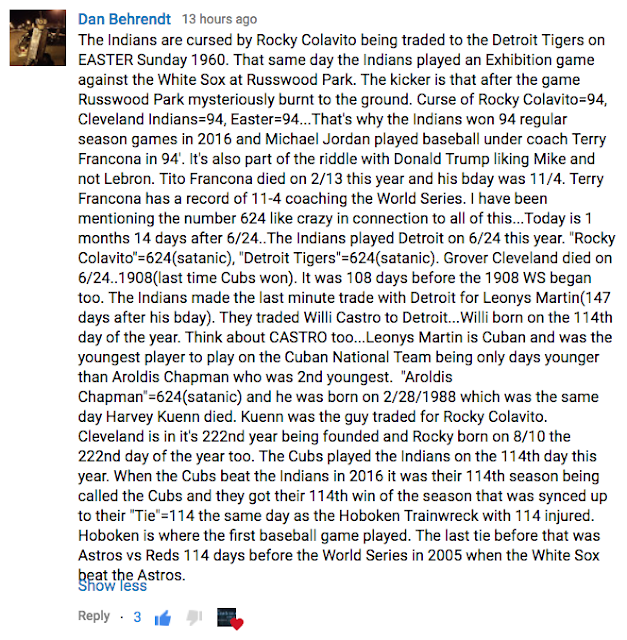 August 7 is a span of 78-days from the start of the World Series.

ALSO, the fact they're calling this Holy Fire is interesting...

This is the Cleveland Indians 118th MLB season.

And don't forget about the Oakland Ghostship Warehouse fire set for the Warriors and Cavs NBA Finals ritual a couple of years back.

https://www.youtube.com/watch?v=qCahJH0d_vs
Posted by Zachary K. Hubbard at 9:54 AM