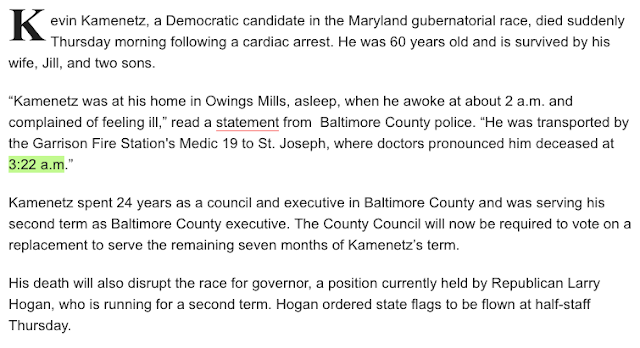 First, 322 is the Skull and Bones number. 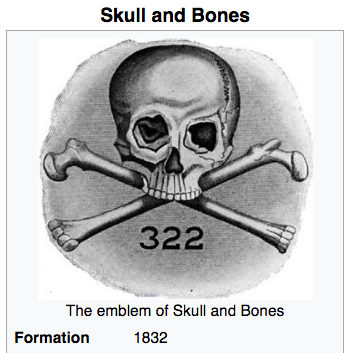 Second, this man died on a date with 33 numerology. 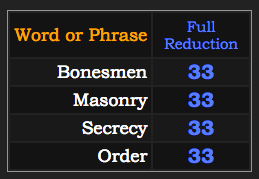 There's also this bit about 'three two 'two' connecting to the date numerology as well.

Based on the victim's KK initials, I can only assume he was born into a Masonic family as well. 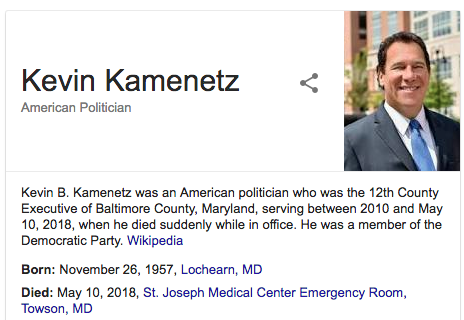 Fitting the Scottish Rite pattern, he died 165-days after his birthday.

The death came 15-days before the sitting Governor's current birthday, who turned 62, 15-days later, as the 62nd Governor of Maryland.

At the top of the Masonic compass, at the center of 47-degree-angle, is the Polestar.

And for one last kicker, this death came a span of 181-days before the election.