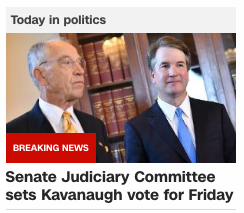 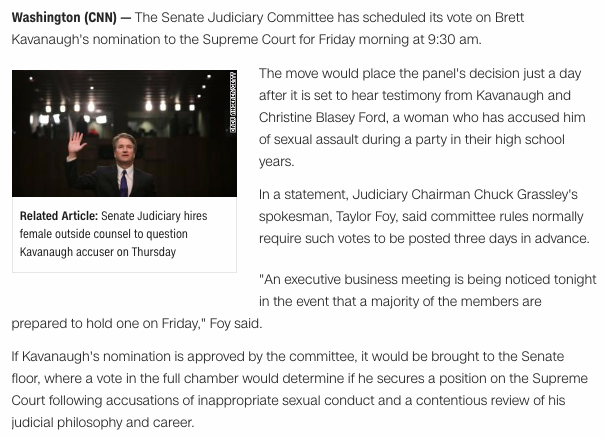 This vote will come 228-days after Kavanaugh's birthday, on his 229th day of his age.

This vote will come 106-days after Trump's birthday, on his 107th day of his age.

September 28 is the day that leaves 94-days left in the year.

ALSO noteworthy, his faceoff with Christine Blasey Ford is on September 27, the Jesuit Order's birthday, which falls on a date with 54 numerology this year.  From that date to his 54th birthday, is 138-days later.