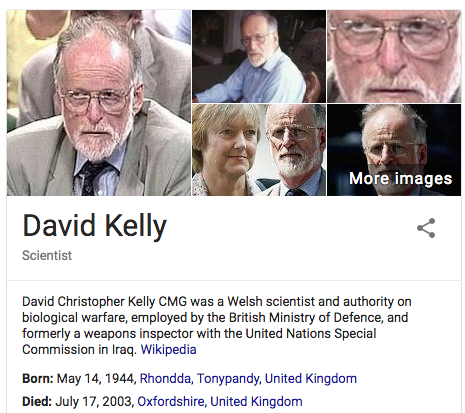 David Kelly was the scientist who said to BBC journalist Andrew Gilligan that the report of WMDs in Iraq had been "sexed up", meaning making it more dramatic than it actually was, as a means of persuading the public to invade Iraq, following the footsteps of the United States.

He died two days after providing his testimony on the matter, reportedly of suicide.

59 is the 17th prime, and modern Freemasonry was established in 1717 in London.

The 47-degrees symbolize the 47th problem of Euclid, about how to establish a foundation for a structure.

Notice the word 'suicide' also has gematria of 47, and David Kelly, who had his death blamed on suicide, was found dead on a date with 47 numerology.

If you are familiar with the term New World Order, it is a Masonic World Order (and Jewish).

Adding to the kill riddle, he died 64-days after his birthday.

It is also noteworthy that the name David Kelly is quite Masonic. 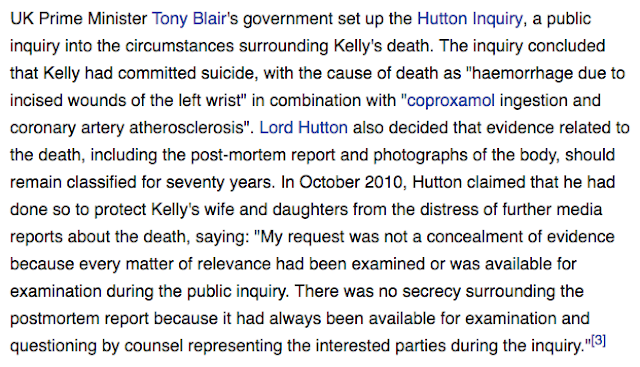 The death came on Tony Blair's 73rd day of his age.