This article was published March 5, the 64th day of the year, reminding of Trump visiting the Western Wall on May 22, 2017, a date with numerology of 64.

And don't forget that Israel sums to 64 in Hebrew and in English. 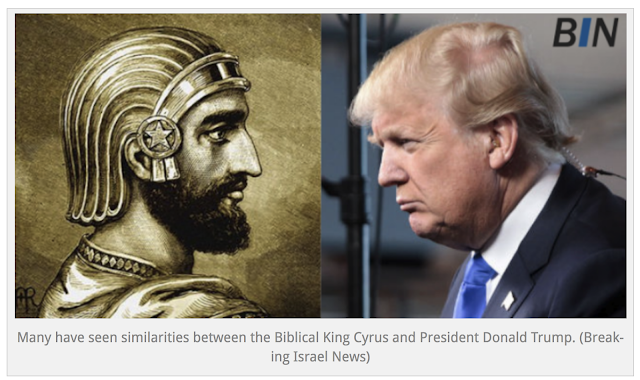 This article comparing Trump to King Cyrus was written March 5, a date that can be written 5/3, like the number 53.

The thing that links Cyrus and Trump is that they both proclaimed Jerusalem to be the Eternal Jewish Holy Land.

Who is King Cyrus?:
https://www.jta.org/2018/03/07/news-opinion/the-telegraph/king-cyrus-netanyahu-comparing-trump

This news came exactly 41-weeks after Trump visited the Western Wall, the site of the Third Temple to be.  *Notice the 9-months and 11-days too; Tisha B'Av = 911 (Jewish Gematria)

This coin features Donald Trump, King Cyrus (Cyrus the Great), and the Third Temple.  The Third Temple is part of the prophecy and history of Tisha B'Av, the destruction of the Two Temples, not unlike the Two Towers. 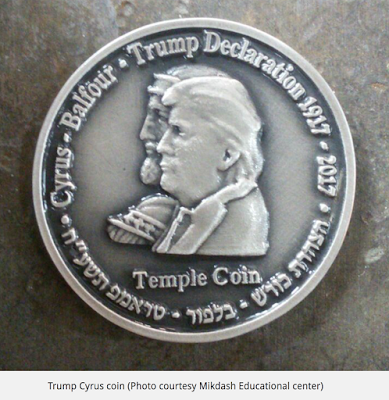 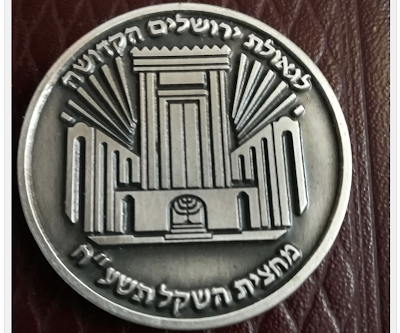 Also noteworthy, the news of these coins came 89-days after Trump made his declaration about Jerusalem, and moving the capital there.

Remember, Donald Trump is the 'Order out of chaos' candidate.