This pipeline runs from Houston to New York.  Why am I thinking of Super Bowl 51 and NRG Stadium, or en-er-gy?  *Please recall that last year there was the Gold King Mine River Disaster that was a tribute to the Broncos Super Bowl to be won.  That river disaster was mainly in Colorado, and began 187-days before the Super Bowl was played, August 5, 2015.  Peyton Manning, age 39, played for the Broncos.  This disaster is connected to New York, where Eli Manning, plays QB for the Giants.  Eli is also in his 13th season and this leaking pipe has a lot to do with '13' as you will see.

The pipeline that burst is the 'Colonial Pipeline'. 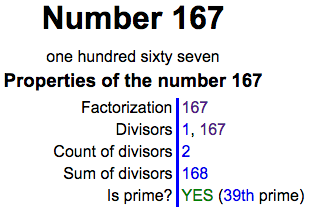 Recall the gematria of 'NRG'.

As I've been saying, there are a lot of signs of the Giants or a different New York team being in the Super Bowl this year, in Houston, at NRG Stadium.

Right now the New England team in the NFL is missing its 39-year old QB due to 'Deflate Gate'.

I bring up New England because they have a major '99' connection, like the September 9 start date of this pipeline leak.

The number 'thirteen' also connects to '99'.

September 9 is also the day that leaves 113-days left in the year. 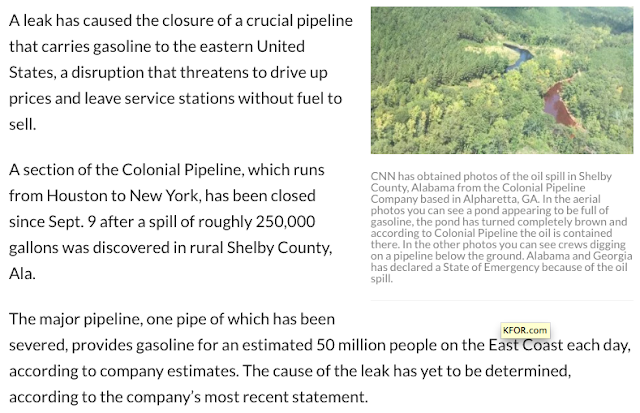 Where the leak began, Shelby County, has a connection to the Super Bowl date, February 5, written 5/2 or 2/5.

This year Eli Manning earned his 106th win of his career to start the season.

He earned his 52nd regular season win in New York against his father's team, the Saints, also from an energy city, not far from Houston.

Eli won his last Super Bowl in Lucas Oil Stadium, where his big brother once played, the home of the Indianapolis Colts. 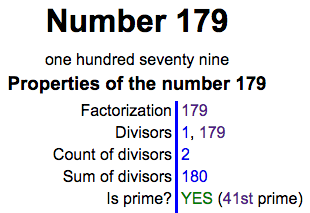 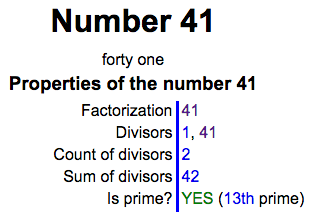 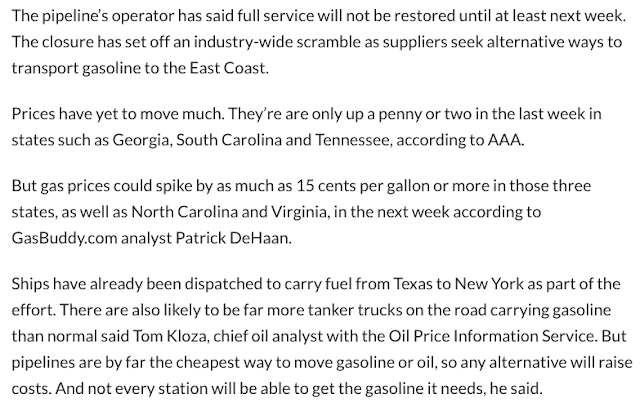 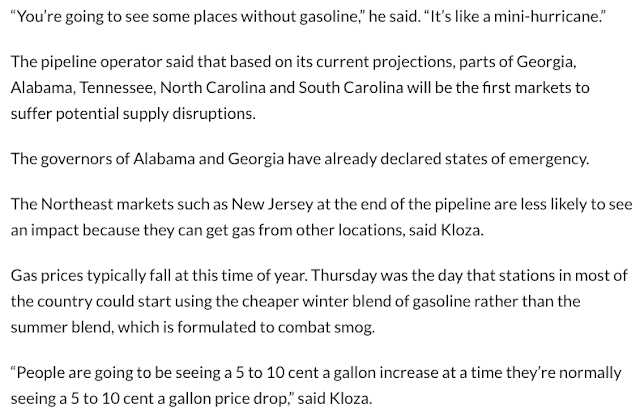 The other thing to consider is that this leak began September 9, three-days after the river leak in Russia that turned the river to 'Crimson Tide', the name of the football team that plays in Alabama.  See my work on that river leak, a leak that was first reported in the media the day of the season opener for the NFL, September 8, one day before this leak began.

From the date of the incident, September 9, until the upcoming Super Bowl, is 149-days.  That is relevant because this is the 47th Super Bowl of the modern era, and the first Super Bowl was in the 47th season of the league, at the end of '66.