Today is September 25, 2016 and the Cascade Mall in Burlington is closed.  It is closed because of the supposed shooting that happened there the evening of September 23, two days earlier.  What's interesting is that the captured shooter was found in 'Oak Harbor, Washington', and the closest Masonic Lodge to the shooting is Burlington's United, Lodge #93. 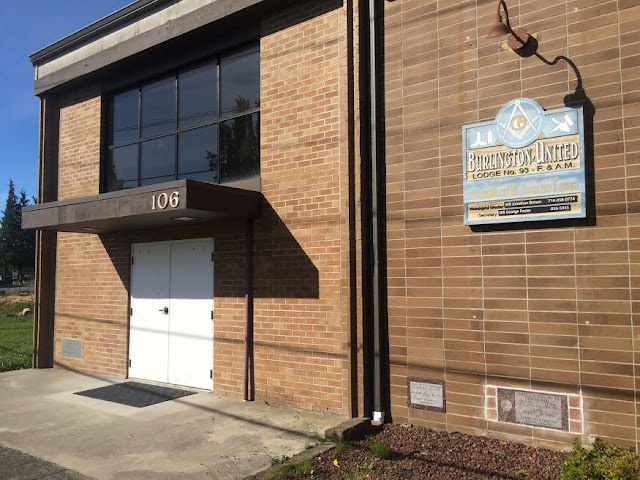 Notice the address of the building, '106' 'Warner Street'.

Remember, the Freemasons go by the 'prophecy' code.

'Warner Street' is the right street for 'Freemasonry'.

Something else that is interesting is how 'Sedro Woolley' corresponds with 'New York City', in light of the fact of the significance of '93' in New York. 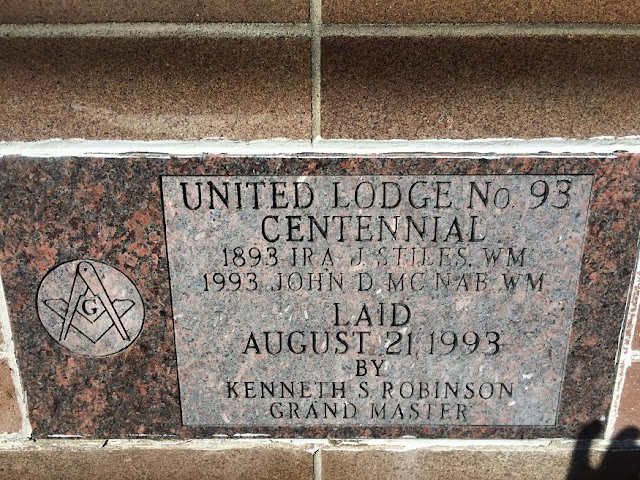 Notice the man who founded the Temple, Mr. Stiles, did so in 1893, emphasis on '93.  He also established a law firm just across the street from the temple which we'll discuss below.
The date of the plaque to remember the centennial is interesting.

From the anniversary date of the lodge to the shooting hoax at the nearby Cascade Mall, was 33-days.

The name John D. McNab is also interesting in light of the law firm across the street, named 'Stiles'.

Last, notice the name of the person who laid the plaque we're looking at, Kenneth S. Robinson, the Grand 'Master'. 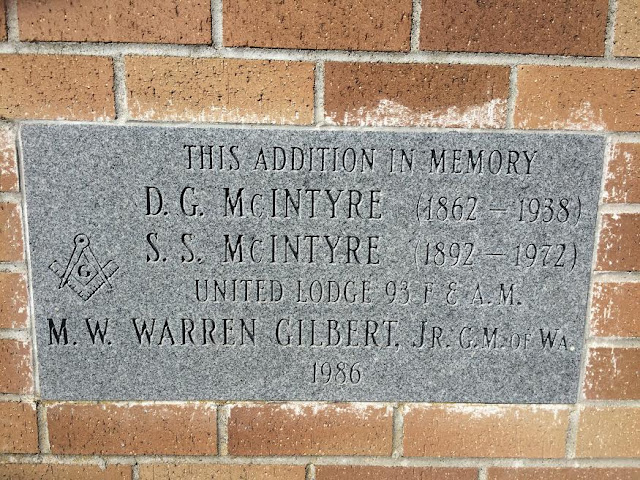 Let us not forget the Freemasons are connected to 'The Synagogue of Satan'.

The other name on that plaque is M.W. Warren Gilbert Jr., having '216' gematria, the number connecting to '666', the number for prophecy in Jewish Gematria. 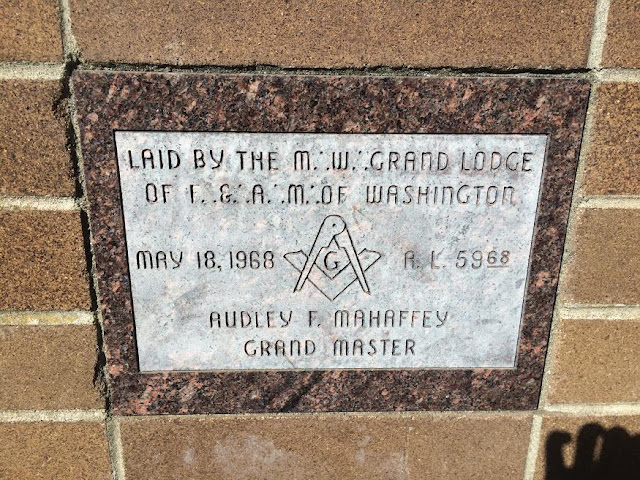 Recall, the construction firm that built the World Trade Centers was from Seattle, WA, just south of this lodge.  Seattle is on the 47th parallel, the number of foundation.

Also, May 18 is the date that leaves 227-days left in the year, our number for Pi, cycles and cirlces.  It is also the 138th day of the year, the number connecting to the speed of Saturn, the keeper of time, recognized by the number '93'.

Also, recall the shooting happened on a date with '68' numerology, connecting to the name 'RH Macy'. 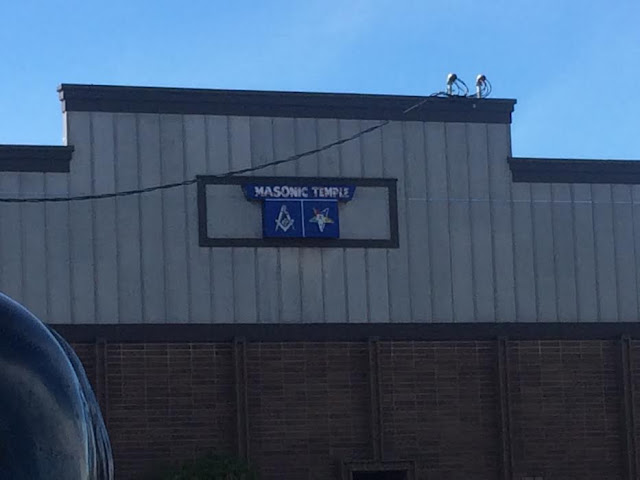 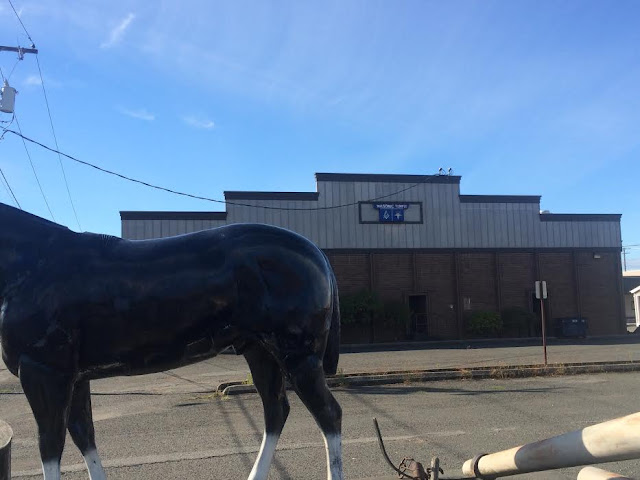 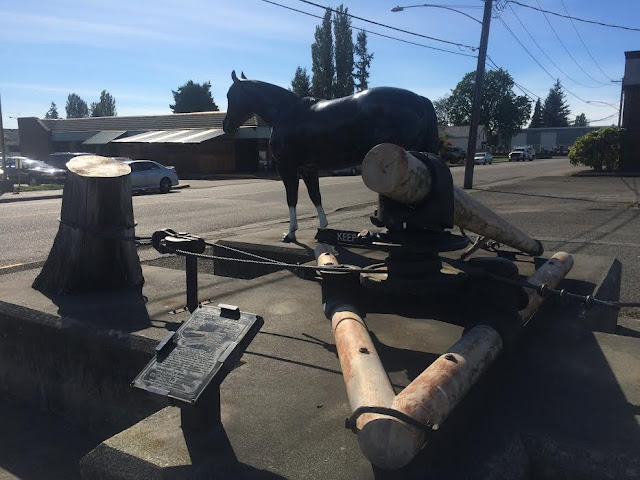 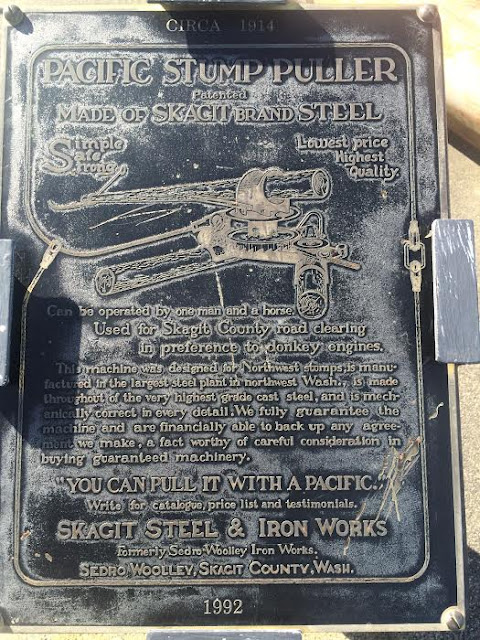 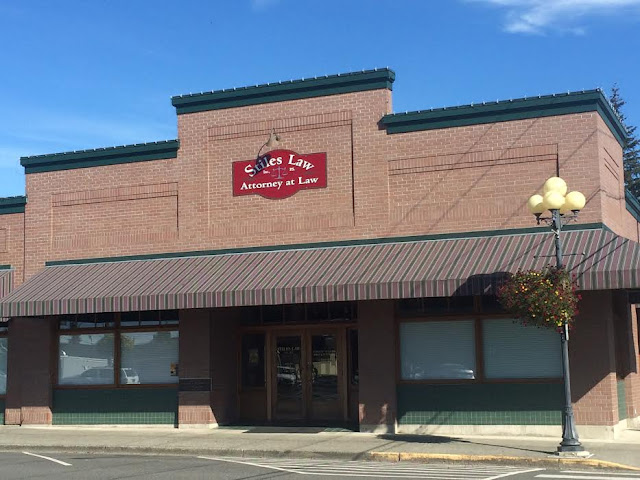 This law firm sits right across the street, the same name that founded the lodge.  Again, your police, your courts, your legal system, your government, they're run by Freemasons. 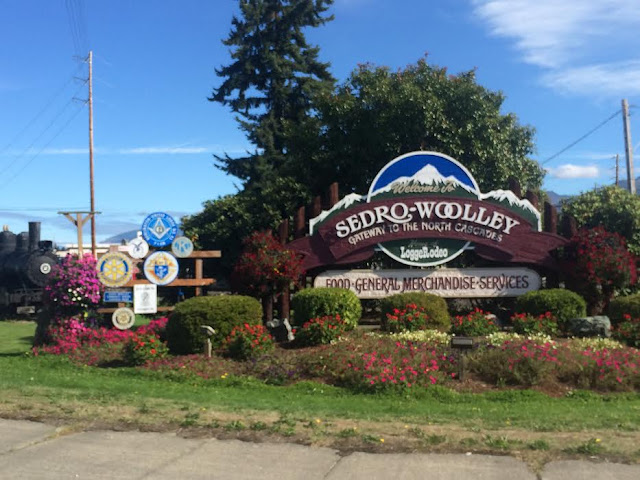 And below are shots of the vacated mall, Sunday, September 25, 2016.  All stores and the theater were closed. 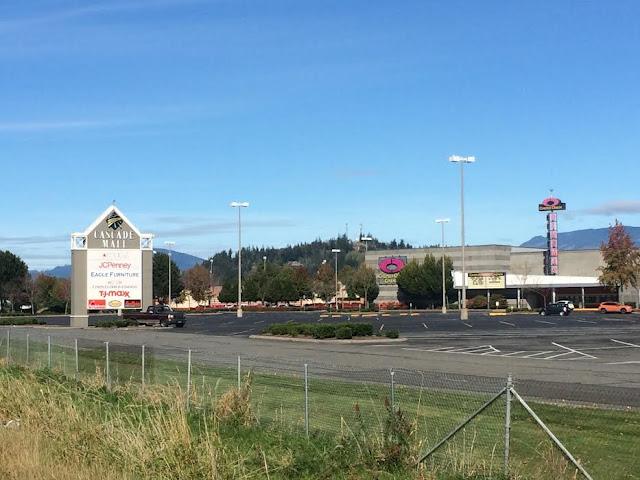 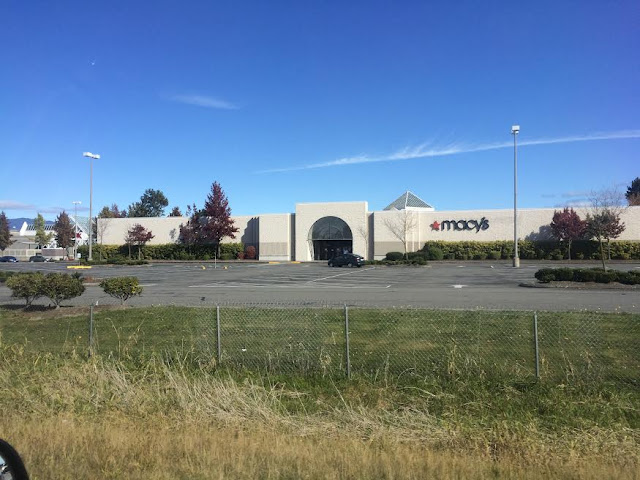 And just to remind you that there is an organic element to these numbers, we followed this bus much of the way home. 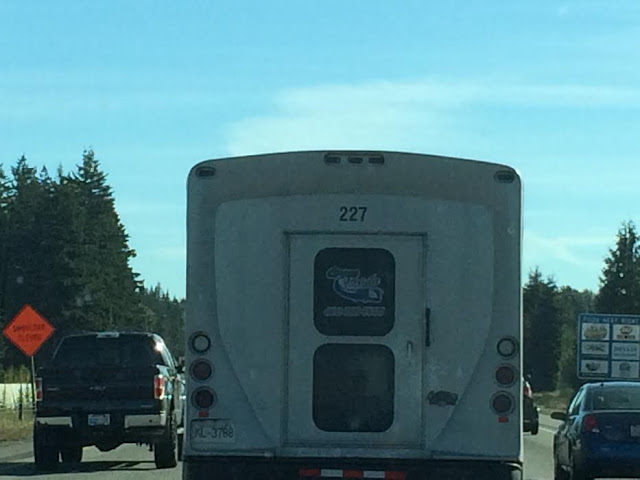 Until next time.
Posted by Zachary K. Hubbard at 6:32 PM