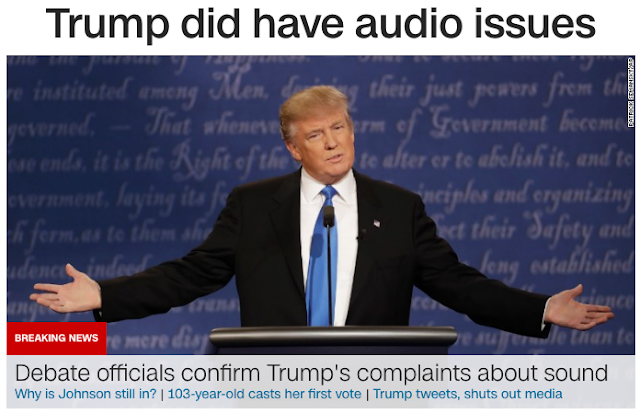 *Today is also the day that leaves 92-days left in the year. 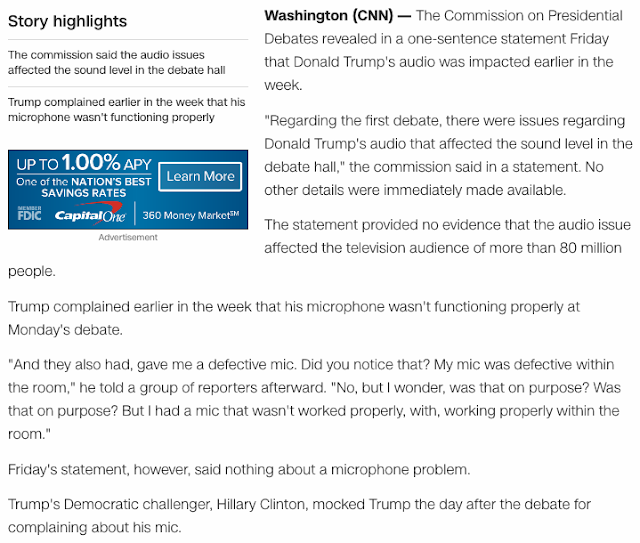 If anyone watched the debate, they know Donald Trump should be grateful that his mic wasn't working, because all that came out of his mouth the entire night was bullshit and empty praise for himself.  He is the "me, me, me" fucking loser candidate for the "me, me, me" losers that live in this nation.  I wish we could have seen who dressed him in his blue tie, and Hillary in her red sweater.  Where's the Weezer?
Posted by Zachary K. Hubbard at 1:27 PM