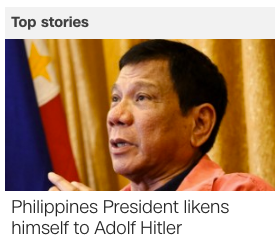 Remember, this man was just used in staged propaganda with President Obama.  He is a New World Order puppet, owned by the Zionists.  The Philippines are a garment making nation for the Zios.

If you missed Duterte's remarks from earlier this month that were front page news, here they are:  http://freetofindtruth.blogspot.com/2016/09/44-213-i-will-swear-at-you-why.html 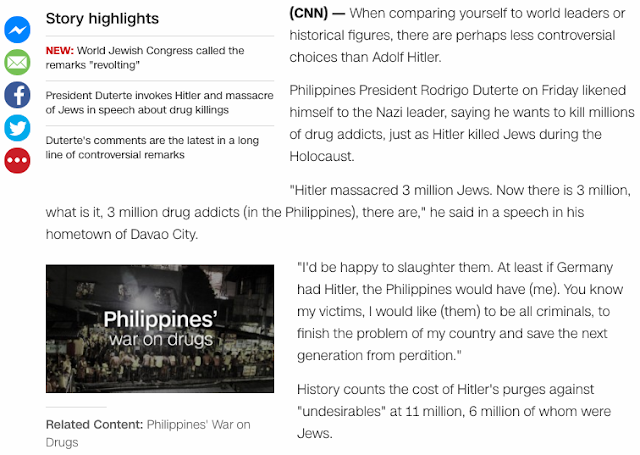 Can you say bullshit by the numbers?

You have to love the '75th anniversary' mention as well.  New World Order = 75 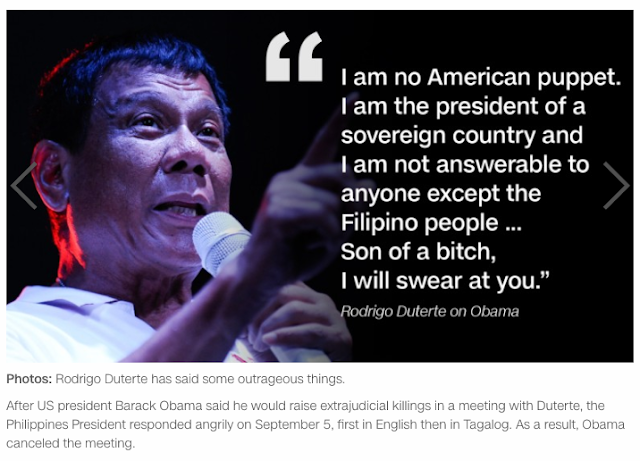