In the history of the WTC, you'll find the building was first approved by the port authority, on March 11, 1961, and in the wake of 9/11 the tribute lights shown for the first time on March 11 of 2002.  As for September 11, that goes without saying.

These dates, 3/11, and 9/11, are clearly ritualistic, possibly pertaining to sacrifice, and used by the Illuminati often.  Look at all the acts of violence on these dates over the years.  You don't want to be a coincidence theorist.
See how Russia and the United States fits into it...
The world is a hoax, we live in a preplanned bad science fiction novel.  Sorry to be the barer of bad news. 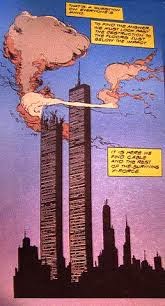