Is 44 The Number of Assassination? 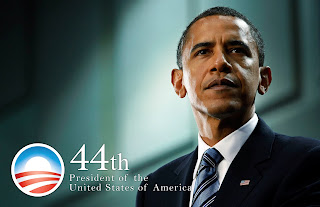 On March 15, 44 BC, Julius Caesar was assassinated in what might be regarded as the most famous political assassination of all-time.  Approximately 2000 years later, on April 4th, 1841, President William Henry Harrison died of pneumonia, or at least that is how it is recorded in the history books.  He was the 9th President of the country, and the first to die while in office.  Twenty-four years later, on April 14th, 1865, President Abraham Lincoln was shot in the evening and died the following morning.  Ten days earlier, on April 4th, it is recorded in the pages of history that Lincoln had dreamed of being assassinated in the White House.  This seemingly piece of trivial knowledge is recorded in the pages of history by Lincoln's friend, Ward Hill Lamon.  A little more than 100 years after Lincoln's murder, on April 4th, 1968, Martin Luther King Jr. was shot and killed in Memphis, TN.  Using numerology, you can see how the date 4/4, can be translated to 44.  On the same day as King's assassination, Robert Kennedy gave a speech, asking the masses to remain peaceful and strong in the wake of King's death.  Two months later, he too would be assassinated, on 6/6/68, in Los Angeles, CA.

Five years after the assassination of Dr. King, the World Trade Center buildings would celebrate their grand opening, on April 4th, 1973 (Construction began in 1968, the year of MLK and RFK assassinations... and the year 9-1-1 was made the national emergency dialing code).  It is my belief these buildings were built with the purpose of eventually being destroyed, as a ritual sacrifice, in an effort to fulfill the agenda of the New World Order.  Please read my previous blog post for more information on this important topic.  This agenda of a New World Order was first mentioned in 1913 by Woodrow Wilson, and has since been mentioned by every President that has followed, including our current President, Barack Obama, the 44th President of the United States of America.

Strangely enough, in 2007, ABC News did a story commemorating the "44 year anniversary" of the assassination of Robert's brother, President John F. Kennedy, who was shot and killed November 22, 1963, in Dallas, TX.  The article is posted as follows:

In the article, it is disclosed that a plot to Kill John F. Kennedy was uncovered and stopped three weeks before his actual assassination.  The assassination plot that was stopped was to take place in Chicago on November 2, 1963, at Soldier Stadium, during an Army-Navy football game.   For the rest of the details, please feel free to read the article.

What seems strange to me, is that ABC News would disclose this information on the 44th Anniversary of the assassination.  Since when does anyone ever mention 44th anniversaries?  Stranger yet, is that a year after the article was written, the 44th President of the United States was elected from the Land of Abe, and the city where President Kennedy was nearly assassinated, Chicago, Illinois.  For those who enjoy numbers and numerology, you might find it interesting to know that Chicago also bares the zip code 60606.  To some, that might translate to 666, or the Mark of the Beast.

There are many in this polarized, hate-filled, fear driven country, who do in-fact believe Barack Obama is the anti-Christ.  I am not one of them, but I am someone who does believe Barack Obama was elected as the first Black President at this moment in history, for a further political agenda.  In 2008 I feared the powers that be wanted a black man or a woman as President so that the inevitable and ever approaching collapse of the nation could be pinned on race, or sex, as an easy manipulator of the ignorant masses that make up much of this land.  In 2013, my prediction is looking ever more true, sadly.

Today, as someone who has watched Barack Obama participate in false flag shootings by means of loaded political speeches after their occurrence, I am beginning to wonder if the narrative of false flag shootings and terror will end with the assassination of Barack Obama himself.  If you are not aware, the supposed shootings at Sandy Hook Elementary, the Boston Marathon Bombings, the Naval Yard Shooting, the Kenyan Mall Shooting, the LAX shooting, and even more, are all fake stories, played out by actors and false journalism, where nobody died, but actors and actresses fake cried.  In 2013, you must know these things, and you must begin to see how this agenda is being used against us!  It is paramount.

Should Barack Obama, the 44th President, be assassinated, you should know the tragic event will also be part of a political agenda to move us closer to the New World Order.  You might also be left to wonder, was he really killed, or was it a fake event, like the assassination of Osama bin Laden, or the stage managed shooting of Congresswoman Gabbie Giffords?  With regards to Gabbie Giffords, watch the following video, and then deliberate on the possibility of a fake, or even real Obama assassination in the wake of all the other fake shootings and reports of terror.  These are important times, and they call for clear, open, and informed minds.  The truth is free to find, it only requires your effort and willingness to do so!