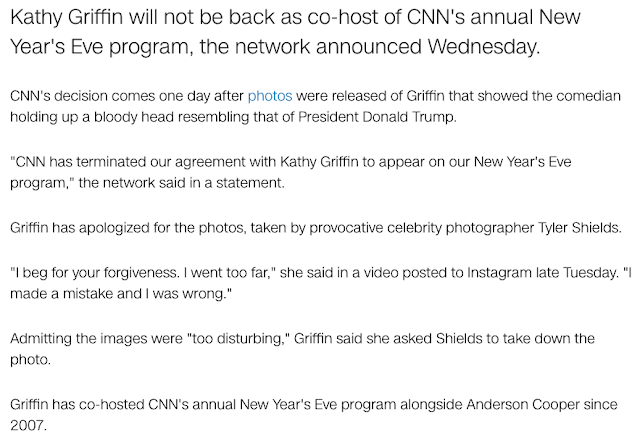 Think about Trump's line, "You're fired".

Notice that Donald Trump's birthday comes a span of 144-days before Kathy Griffin's.

The last President to die in office was JFK, the 44th term President.
Posted by Zachary K. Hubbard at 4:24 PM