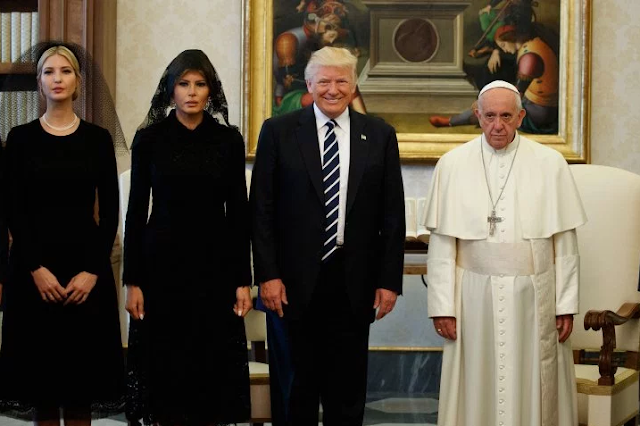 Donald and Francis are both Jesuits.  Remember, Trump is #45, but only the 44th person to be President.

JFK was the 44th term President, killed on the first day of Sagittarius.

Remember, from Trump's birthday to Pope Francis's is 187-days.

If Trump isn't to die in a staged incident, his term is to come to a premature death, no doubt about it, possibly as soon as this June 3, 2017, 10-days after visiting the Pope on May 24.  Remember the whole thing with the 25th Amendment and June 3?

Impeach also has Gematria of '35', like 'Catholic', like JFK, who was the 35th President, the 44th term President.

JFK was killed at the age of 46, like how Trump was born in '46, and gave his "victory speech" on Melania's 46th birthday.

The date of the photo right for a funeral was one with '46' numerology. 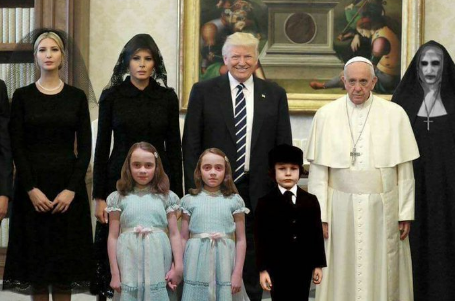 The boy is from The Omen, a film that released on George Orwell's birthday.