It's another year, and we have another dead former RB for Clemson. 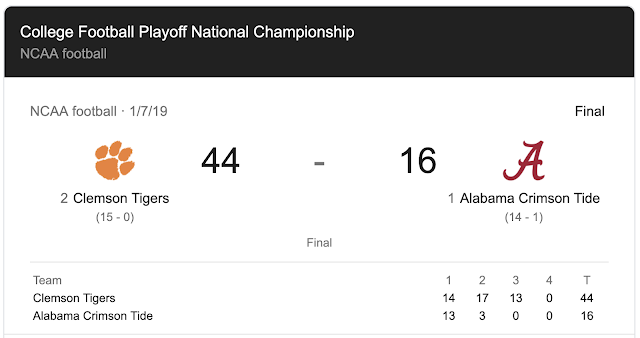 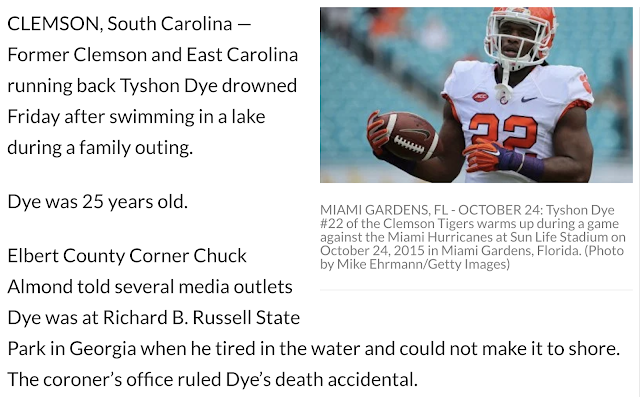 Notice he was 25-years-old.

The drowning death comes on Dabo Swinney's 228th day of his age.

Notice how drowning and Dabo Swinney go together.

From the death, July 5, to the upcoming college championship is 192-days later.

Also, from the death to the upcoming 2020 college football championship is a span of 193-days.
193, the 44th prime number

He died in Georgia.

The College Football Championship will be in Georgia as well. 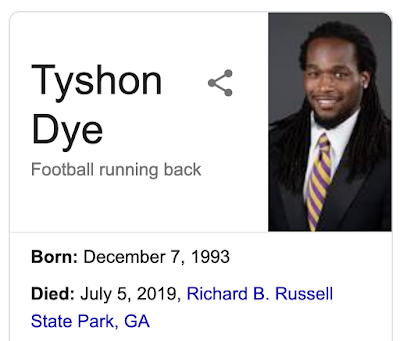