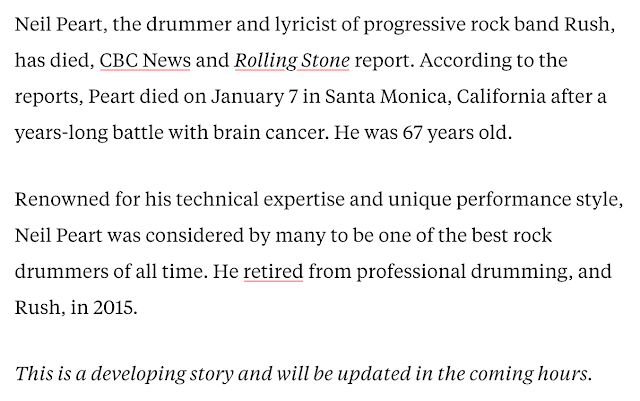 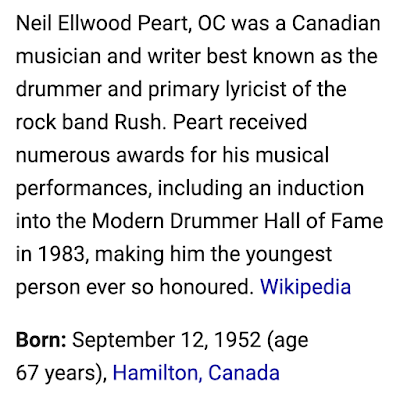 Neil Peart died on his 118th day of his age.

He died in Santa Monica. 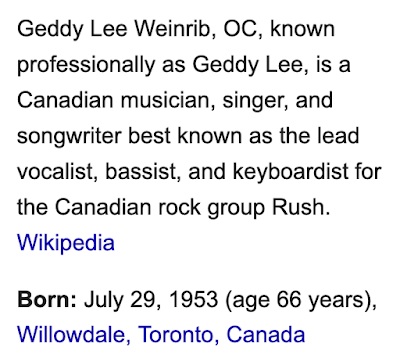 And the name Neil Peart sums to 46, like sacrifice.