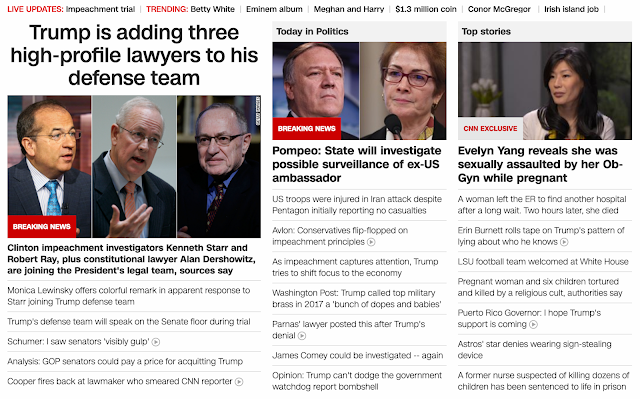 More mockery, Ken Starr, the biggest name outside of Bill Clinton in his 90s impeachment, is now part of the Trump impeachment, the man who beat Hillary Clinton in the rigged selection.

And then there is the 17 piece alone. 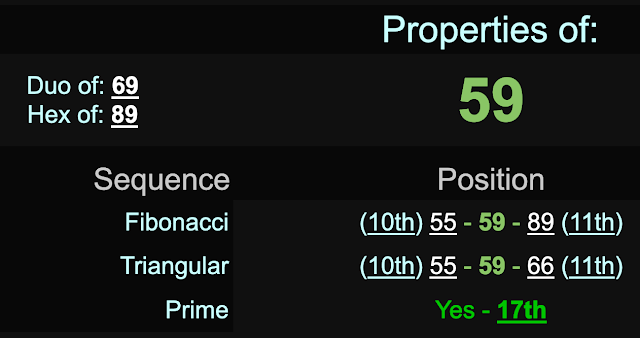 Today is a a span of 187 from Starr upcoming 74th birthday. 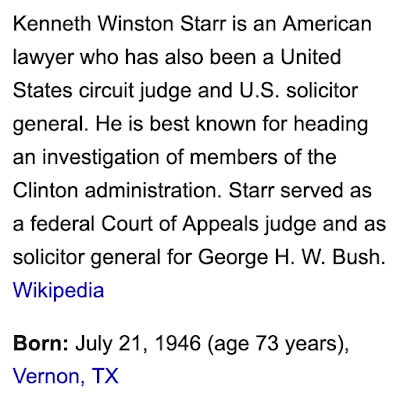 Read about the Congress voting on Trump's impeachment 187-days after his own birthday:
https://freetofindtruth.blogspot.com/2019/12/49-103-187-266-trumps-letter-to-nancy.html 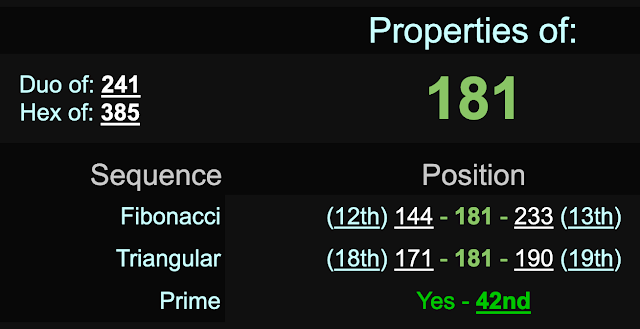 As for Alan Dershowitz, today is 137-days after his birthday. 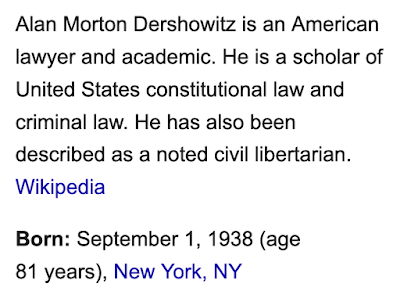 And then that name, Dershowitz.

57.  George Washington, the Scottish Rite Freemason, who was inaugurated at age 57. 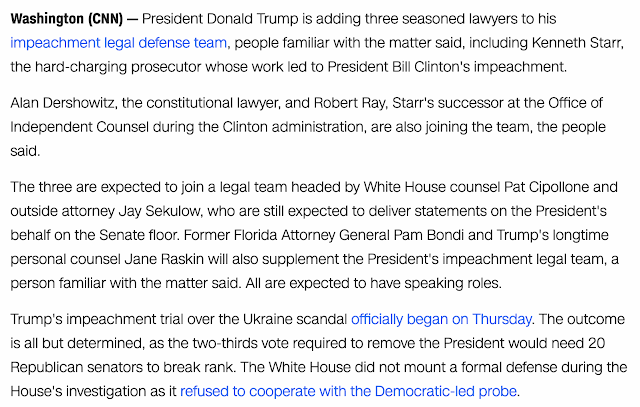 The other lawyer, Robert Ray, goes with the 58 date numerology.

And don't forget Trump is the winner of the 58th U.S. Presidential Selection, after announcing he was running from the 58-story Trump Tower and then later hiring the 58-year-old Steve Ray for Inauguration Day.
Posted by Zachary K. Hubbard at 9:47 AM