Further, notice Boston beat Milwaukee.  Again, in Major League Baseball, the Boston Braves became the Milwaukee Braves and then the Atlanta Braves.  This year the Atlanta Falcons defeated the NFL team from Wisconsin, like Milwaukee, in the NFC Championship, now they face the team from Boston in the Super Bowl, which is fitting, because the QB of the Atlanta team, went to college in Boston.  There is a baseball narrative, and low and behold we just had the 112th World Series at the end of 2016, with the city of Chicago breaking the curse, just years after Boston broke their curse.  Of course, Chicago is headquarters of the NFL.  Milwaukee also isn't too far from Chicago.  Notice they lost with 108-points, like the number of years the drought lasted for the Cubs with World Series wins, 108-years, just like the 108-story Willis Tower.  Willis Tower = 57; World Series = 57... It is the Patriots 57th season this year... Fifty-Seven = 131; Championship = 131; Super Bowl = 131 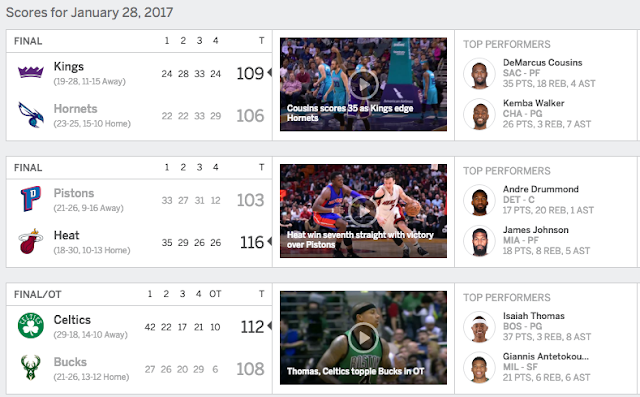 Call it a coincidence.  Ha!

I notice the Kings were winning in basketball weirdo land as well, the city that helped host half of Super Bowl 50.  The Kings remained at 23-wins, go figure.  King = 23 (83, the 23rd prime)