A lot of people are predicting LeBron will finish 6-6 in the NBA Finals, which makes a ton of sense. 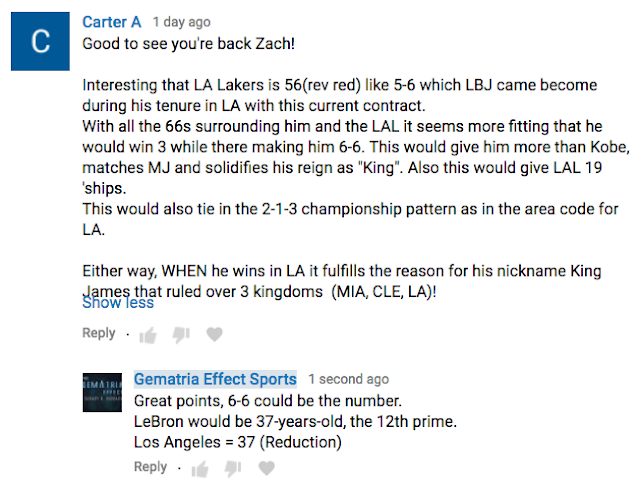 After 4-years in Los Angeles, LeBron will be 37-years-old.

If LeBron misses the Finals in the upcoming season, then goes to 3-straight in his final 3-years and wins them all, he will be 6-6 in the NBA Finals, like 66.  That means he would have played in 12 total NBA Finals.

Don't forget the riddle with the Lakers and LeBron playing their 66th games against each other in the 2017-18 NBA Season, and how it synced with his Lakers signing July 1, 2018.

And to get biblical, one more time...

LeBron is currently 3-6 in the NBA Finals.

Revelation is the 66th book of the Bible. 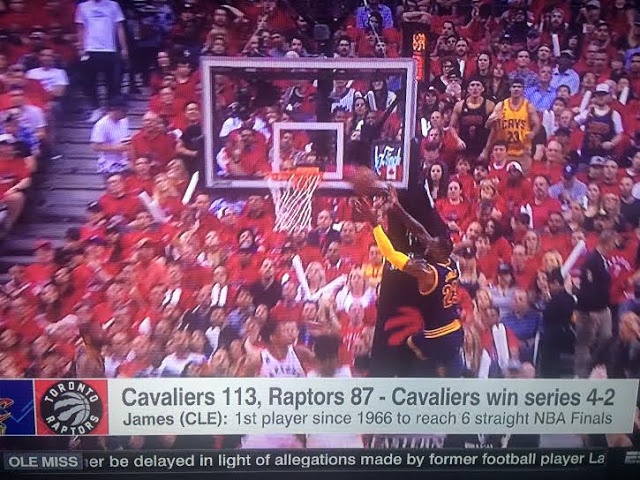