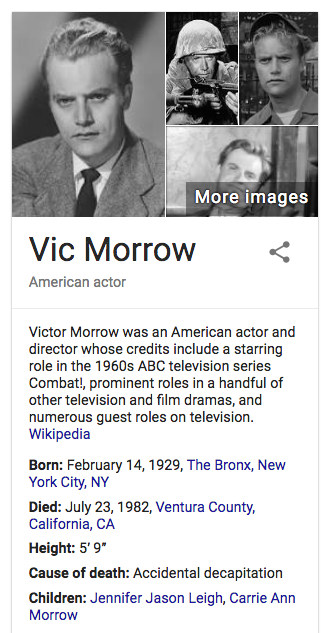 This man died on the 204th day of the year, while filming the movie version of 'The Twilight Zone'.

More specifically, he was filming a scene that was supposed to be set in Vietnam.

His death was from a helicopter falling on top of him, 159-days after his birthday.

Video footage of his death:https://www.youtube.com/watch?v=2jHwEc0USS4 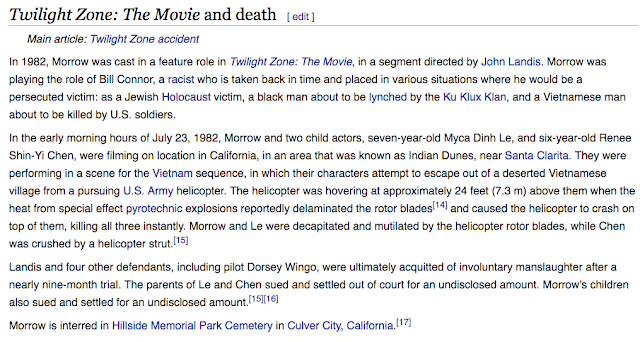 The character he was playing at the time of death, Bill Connor, had the wrong surname.

Notice the part about the child actos too, ages 6 and 7...

It couldn't get anymore sick...

No doubt the helicopter engine was rigged to fail by remote control...

And last, the location was right for murder and death... 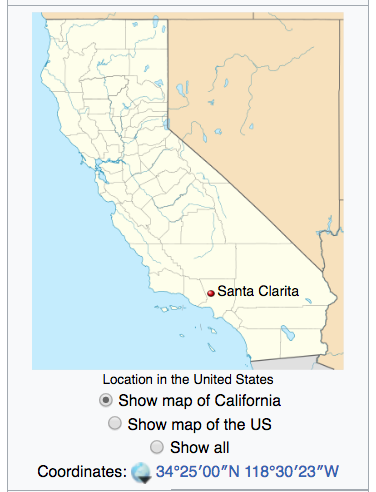 Don't forget that Murder by Numbers movie poster and the 38s in plain sight...