The Vikings just hosted the Super Bowl in their 57th season, where they lost in the NFC Championship.

*Don't ever forget ESPN's 1:31 story about the 57 kids named Peyton in Indiana, the year of his rigged outro Super Bowl win.

It was Super Bowl 52, or Super Bowl LII that the Minnesota Vikings hosted. 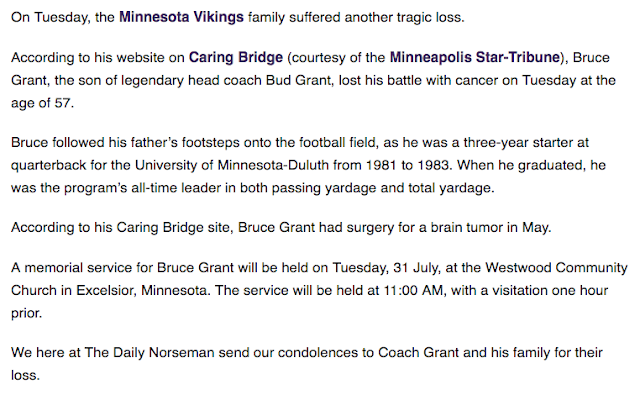 Notice the detail about '83.

Also, the date of the funeral is July 31.