Yesterday, I nearly wrote an article about K Street, realizing that the famous and powerful lobbying street that cuts through the heart of Washington D.C. is named after the eleventh letter in the alphabet.  I would have written that article, but other matters called for my attention. I did not have time to do it yesterday, so I began to write the article today.  While researching K Street, a strange coincidence occurred.  I realized that yesterday, December 19, 2013, at the address of 2900 K Street NW, "The House of Sweeden" (The Swedish Embassy) received a bomb threat.

Very quickly, let us look at the numerology of this address.

In other words, we have a bomb threat at 11/11.  Coincidence?  Doubtful.  I think I know who called this one in, probably those same people obsessed with skulls and bones and numbers such as 322.  What I am hoping, is that it is not a signal that us out here in the Pacific Northwest are in trouble, as the State of Washington was founded on 11/11/1889.

If you're not familiar with K Street, it is the most powerful street in Washington D.C. as it is the home of the majority of lobbyists and think-tanks in the nation.  K Street's alternate name is US Route 29 (What's the numerology of 29?).  West of 33rd Street, K Street is also recognized as Water Street. 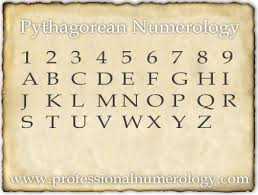 I'll leave you with this question.  Can you think of a more fitting street name than K, or 11, the Occult representation of Satan, aka the anti-Christ, for the street housing the majority of the nation's lobbyists?  Personally, I can't.
Posted by Zachary K. Hubbard at 4:04 PM