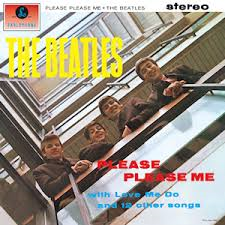 The Beatles released their debut album on March 22, 1963, Please, Please Me.  The release date of March 22, of course coincides with the infamous Skull and Bones secret society of Yale.  Possibly sheer coincidence, or possibly not.  You've got to appreciate there being 13 songs as well, with one lead, and 12 others, as stated on the album cover.  Biblical.  National.

The Beatles would go on to be the world's first international mega-boy band, a product of the world's greatest empire in the age of the brave new televised world.  Later, they would become a band plagued with conspiracy, from the death of Paul McCartney, to the assassination of John Lennon.

And what good have boy-bands ever done for the world besides make rich men richer?  Granted, the Beatles would go on to become more than a boy-band, but the legacy of boy-bands... that persists, and for that, they are in part to blame.  Then again, had it not been them, it likely would have been someone else.
Posted by Zachary K. Hubbard at 11:33 AM