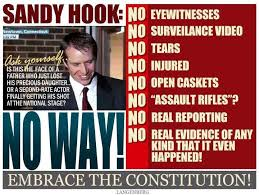 "T'was 11 days before Christmas, and approximately 9:38 a.m. when..." is how Dr. Phil opens his 2012 'new' T'was The Night Before Christmas poem in which he references the Sandy Hook School shooting *tragedy.  Please watch that video segment below, but please first notice the Illuminati Numerology of 9 and 11.

As said many times before on this blog, the truth of the Illuminati and their ritualistic ways can be exposed through their obsessiveness with the symbolism around these numbers, and of course, the TV blunders that occasionally occur from these often stage managed events.  Evidence of these occurrences can be seen in the three original shots of the second plane hitting the WTC building on 9/11, where the plane is actually shown flying all the way through the tower, before the screen fades to black.  Or when CNN tries to fake Boston Bombing footage and even Jon Stewart of the Daily Show picks up on it and makes fun.  Worst of all, is the July 22 bombing of Oslo, Norway.  It is beyond words, you just have to watch it.  It is linked below, with examples of the other mentioned fake terror media blunders.


After watching this, ask yourself, how much of our news is on a green screen?

And with regards to CNN, as a news network...

To calculate your life number, do the following:

If you begin to understand the importance of these numbers, and recognize the frequency of them, you will forever be able to better understand current affairs.
Posted by Zachary K. Hubbard at 9:48 PM