We are governed by those who are obsessed with Numerology, especially 9/11 Numerology 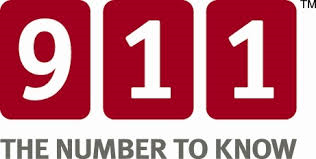 Did you know the Madrid Train Bombings took place 911 days after the 9/11 attacks on the WTC?

Did you know FDR ordered the US Navy to attack Axis ships in the world's oceans on 9/11/41 before Pearl Harbor?

How about that the World Trade Center construction and 9-1-1 being made the national emergency dialing code both starting in 1968, 33 years before 2001?

Numerology might not be important to you, but it is to the people who really govern this world.  If you want to understand the events/tragedies that are constantly being stage managed around you, then broadcast in the media as "news", and what the purpose of all the madness is, learning about numerology will help.  Once the light bulb goes off, you won't miss these things anymore.  You might get angry, but still, it is always better to know the truth.  Or, you can always continue to be a coincidence theorist.  Of course it is a coincidence that the world's biggest terror attacks after 9/11 came 911 days after 9/11 in the Madrid Train Bombings, which was on a 3/11/2004.  It is probably also a coincidence the WTC complex was first  approved by the Port Authority on 3/11, and when the Tribute to Light in remembrance of the WTCs was debuted, also a 3/11.

Stranger yet, it was 3/11/1941 and 9/11/1941 that got the United States involved in World War II when the Lend-Lease act was signed, stating the US would provide resources, troop support and ports for the "Allies" on 3/11, and then on 9/11/41, when FDR ordered the Navy- "US Navy to attack Aix Ships".  Less than three months after that order, Japan would retaliate and attack Pearl Harbor.

Here is the kicker.  U.S. media would then report that the attack on Pearl Harbor was an "unprovoked attack".  How can an attack be unprovoked, if you are aiding one side of the war effort, and even deploying troops in places such as Iceland?  If you are doing such, that means you have involved yourself in the war, and now you are engaged in what comes with war, such as attacks from the enemy.

If you want to live under a rock, go for it, but I'm telling you, from the bottom of my heart, I think bad things are coming between now and 2016, likely sooner than later, and you aren't going to want to be blindsided by what is coming.  If you think that is ridiculous, think about this- All the warnings of coming global disasters if certain problems weren't dealt with from over consumption of earth's resources, from forests to mountains, to fish and the sea, dating back to the 60s and earlier have been ignored.  Throughout the warnings, we've grown as a populace exponentially (by more than 4 times) and more abundant in our consumption per capita.  We've been sheep led to slaughter.

I started to become aware of this path to slaughter just weeks after I turned 18, and two weeks into my college career, when planes were shown smashing into the World Trade Center before their perfect demolitions all on television networks, even ESPN.

From the ages of eighteen to twenty, I awakened a great deal- mostly thanks to the 9/11 attacks and the physical impossibility of how the towers fell.  Prior to the attacks, I had a sense something wasn't adding up in this world I was living in.  Teachers and adults weren't really making sense.  I couldn't place it, but I knew something was amiss.  After the attacks, I knew that sense was in tune with reality.

Since then, I've made a conscience effort to increase my awareness and knowledge of what is really going on in this world.  At times I have felt compelled to speak out and spoken out, but have learned quickly and often that those around me do not want to hear about such matters or perspectives.  As I've been telling the truth for over a decade, I've been constantly told I'm wrong, and even an idiot at times.  For all those people who have said those things, they've had to admit (or ignore and deny) that I was not wrong, or an idiot- in fact, they were.  Look at the Obama supporters.  Where are these people who wanted change now?  All they really wanted, was to fit in.  It was hip to support Obama at the time.  I took a lot of criticism for the points I was making about why he would be a continuation of the Bush administration, at best.

Here is what I was preaching in May of 2008, in the months before the election of Barack Obama on the matter of how the two party system is failing us, and why we should stop supporting it.  The powers that be can only get away with what they get away with, because so many are falling for it.  End the madness, restore sanity.  Become part of the change, and don't fall for fake politicians saying they'll bring it.  If you need help spotting them, they typically call themselves Democrats and Republicans.  If we can become informed, we can start making the right decisions, just as I have been doing and preaching for the majority of my adult life.  When we start making the right decisions, things will improve.  And improving could be fun.  Imagine community gardens, or even real community.
Posted by Zachary K. Hubbard at 9:28 AM