Today marks the 100 year anniversary of the Federal Reserve, which was founded on December 23, 1913, when most U.S. citizens were occupied with Holiday festivities and not engaged in what would become of their hard earned dollars under the Zionist controlled banking system.

In other words, every dollar created in the United States, creates profit for a private group of individuals.  Ultimately, this has made our nation beholden to International Powers, and not a sovereign nation.  It is why shortly after the inception of the Federal Reserve, our country became involved in World War I and has been at war essentially ever since.

This system of constant debt/money creation is only sustained by an ongoing need to borrow, otherwise known as a Ponzi Scheme.  In turn, our country becomes further and further beholden to debt and the war that comes along with it.  It should also be noted that this system is not sustainable, and will eventually collapse.  The collapse will come when enough confidence is lost in the dollar, and there is no longer an incentive to loan more money to the nation, for fear that the country will have no means of ever paying the debt back.

If you've ever wondered why you feel enslaved to your job and your life of working to live, you should know that it is so because of this financial system that was put in place 100 years ago today.  It requires constant new wealth and debt creation, which is sustained by our constant consumption and borrowing as individuals.  Our labor also plays an essential role in this system.

Prior to the Federal Reserve, there were other Central Banks that operated in similar fashion.  In the time of Abraham Lincoln, he made a move to get the country off of the Central Bank, also owned by foreign interests, by creating the Greenback, a United States debt-free currency.  His goal was to eliminate the Central Bank's currency, which was building debt for the nation, by issuing this new currency of his creation.  Shortly after the inception of the Greenback, Lincoln was assassinated.

Years later, President John F. Kennedy would issue Executive Order 11110, giving the authority to issue silver certificate, as a way of helping the nation move away from the Federal Reserve, which President Kennedy observed was creating a harmful amount of debt that threatened the future of the country.  His assassination would  come five months to the day of making the move.

These Zionists who run our nation are blatant.  Everything they do is in our face, we just have to make the conscious choice to observe it.  Look at the images below and then take a look at a dollar bill if you have one in your wallet.  Also, look at how carefully the word "Mason" is hidden within the seal on the dollar bill when you draw a Star of David over the Masonic Pyramid. 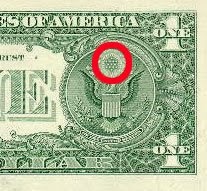 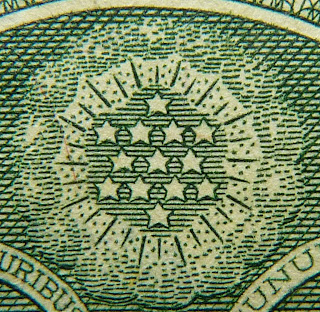 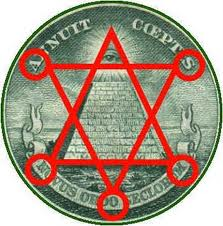