Revelation and the Birth of the U.S. Nation 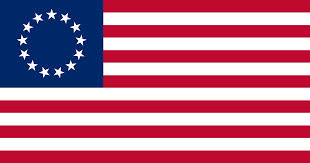 So it seems that our nation's start date, July 4, could have easily been another day.  Why choose the day of the final wording of the Declaration of Independence?  Why not the day the document was signed and made official on August 2?  Or the day the document was delivered to Britain?  Heck, why not July 2, when the Continental Congress declared Independence?  After all, the day is known as Independence Day.  It could have been April 19 or September 3 as well.  The point is it could have been many different days.

The official date to celebrate the birth of the nation was not agreed upon until June 28, 1870, when a bill was passed recognizing the holidays; New Year's Day, The Fourth of July, Thanksgiving and Christmas.  The bill was introduced by Hannibal Hamlin, President Lincoln's former Vice President, and was referred to as HR No. 2224.

With regards to the selection of July 4 as Independence Day, the reasoning might be found within Revelation.  If you're not familiar with the Bible, the Book of Revelation is the final portion, consisting of 22 parts, in which the end of the world and return of the Lord occurs.  Revelation is coded with Gematria, the practice of hiding numbers within names, words and phrases, and is full of prophetic claims.

In the language of the Bible, these numbers have special meaning.  Four symbolizes the whole world through the four seasons and four parts of the earth; heaven earth, the seas and what is beneath the earth.  Seven symbolizes completion.  When you think about the United States today, it appears to be a nation determined to rule over all of the earth.  If you've ever heard George H.W. Bush's speech from September 11, 1991, he assures the populace of this nation that "we will get our way" in bringing about a "New World Order", bringing an end to the "law of the jungle".  When listening to his speech, it sounds as though he is certain we, the United States of America, are determined and guaranteed to bring the end of an age, rendering it complete, which is what the number 7 symbolizes.

In Revelation, seven letters are written to seven Churches.  One of those churches is the church of Philadelphia.  The city of Philadelphia is only mentioned once in the Bible, and that is in Revelation.  The King James translation of that letter is as follows:

7 And to the angel of the church in Philadelphia write; These things saith he that is holy, he that is true, he that hath the key of David, he that openeth, and no man shutteth; and shutteth, and no man openeth;
8 I know thy works: behold, I have set before thee an open door, and no man can shut it: for thou hast a little strength, and hast kept my word, and hast not denied my name.
9 Behold, I will make them of the synagogue of Satan, which say they are Jews, and are not, but do lie; behold, I will make them to come and worship before thy feet, and to know that I have loved thee.
10 Because thou hast kept the word of my patience, I also will keep thee from the hour of temptation, which shall come upon all the world, to try them that dwell upon the earth.
11 Behold, I come quickly: hold that fast which thou hast, that no man take thy crown.
12 Him that overcometh will I make a pillar in the temple of my God, and he shall go no more out: and I will write upon him the name of my God, and the name of the city of my God, which is new Jerusalem, which cometh down out of heaven from my God: and I will write upon him my new name.
13 He that hath an ear, let him hear what the Spirit saith unto the churches.

The reference to the Key of David symbolizes the strong relationship between the Christians and the Jews, as the Star of David is a traditional symbol of the Jewish faith, that has been more recently hijacked by the Zionists and placed on our money, Israel's flag, and more recently, Facebook's secret logo.  The reference to the Synagogue of Satan and those who say they are Jews but are not, speaks directly of the Zionists, who have hijacked the Jewish faith for their own political gains.

Take a moment to think about the relationship between the United States and Israel, those who are referred to as the Synagogue of Satan, and how the two entities have worked hand in hand since before World War I and up through the present, to bring about New Jerusalem, as referenced in the letter to the Church of Philadelphia.  It makes one wonder, how long does this master plan of bringing about Israel date back?  Has it been a political plan even predating the founding of the United States?  When you consider Bible scripture, the country's birth day, and the fact that the original capital was made to be Philadelphia, the probability seems within reason.

What animal has been chosen to represent the United States of America?  Is it not an Eagle?  Isn't it interesting how it corresponds with Revelation 4:7, a sequence of numbers that also represents the Fourth of July?

Let us also examine Revelation 7:4 (King James translation):
And I heard the number of them which were sealed: and there were sealed an hundred and forty and four thousand of all the tribes of the children of Israel.

Call it coincidence, but here we have yet another reference to Israel, and another correlation of the numbers seven and four.  As for the number 144,000, that is something that Bible scholars still debate about today.

I will admit it is hard to make any definitive conclusions from this information.  With that said, there are many coincidences one must dismiss in order to say that there are no connections between the Bible and the course the United States has taken in its history with regards to the creation of the nation of Israel.  For any historian, it would be impossible to deny the United State's vital role in the founding of the nation of Israel, from the Balfour Declaration to the annual subsidies provided to their defense department.  Also, for anyone who understands the role the United States plays in protecting Israel, it is easy to see how it could be the nation that would bring these false Jews, referred to in Revelation as the synagogue of Satan, to worship at the United State's feet.  Looking back at history, you could say this has already been done, and that is how the United States became involved in both World War I and World War II.

To close, let us look at the numerology of the capital that has replaced Philadelphia, Washington D.C.

Combined, Washington D.C., is yet another reference to 4 and 7.  What do you think about that?
Posted by Zachary K. Hubbard at 11:47 AM