December 4, 1619 was the day that was named 'Thanksgiving' years later in our nation's history.  It is the day, that made the holiday we celebrate nearly four centuries later.  Since then, it has become the date of more tragic events, such as the assassination of Black Panther leader, Fred Hampton, while he was sleeping in his Chicago apartment, December 4, 1969, 44 years ago yesterday.

Even last year, it was a particular date of interest, especially in hindsight.

December 4, 2012, there were two major news stories: One was that President Obama threatened President Assad of Syria about the consequences of using chemical weapons; and two, was the Democrats and Republicans inability to get a deal done regarding the fiscal cliff, which created the possibility of a government shutdown later in 2013- which came to be.

This year, December 4, 2013, we receive these three news stories: One is a story of component for making a "dirty bomb" being recovered near Mexico City.  The second story is, Ron Paul sees something that could "destroy the dollar".  The third story is more war-mongering towards North Korea, with CNN releasing a story about North Korea building even more prison labor camps.  Whether this is true or not, all U.S. citizens should know that the United States trades with countries that use this type of labor, so in this regard, it is not fair to single out North Korea.

The point is, if any of these December 4 headlines come to be in 2014, then we could have serious problems as a populace.  As mentioned in a prior blog post, 2014 and 2015 feature lunar eclipses coinciding with Passover and Sukkot.  The last three times this has happened in history, have marked major events for the Zionist agenda, including the founding of Israel.  The other point is, we can use past history to determine what is coming in the future.  The people who rule this world, their biggest give away is their ritualistic nature.  In it, they are exposed.

As Winston Churchill once said, "The farther backward you can look, the farther forward you are likely to see." 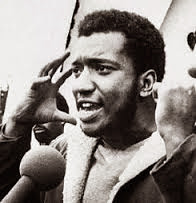