33 | Robinson Cano and the Seattle Mariners 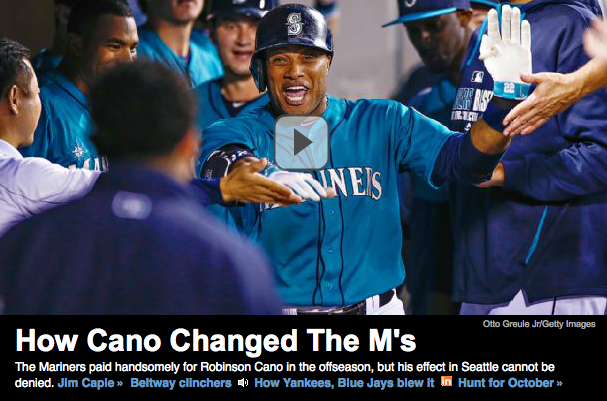 They've also done substantially better.  Cano came from the Yankees, where the entire batting order has a Gematria of 33 or 47.  Kendrys Morales came from the Anaheim Angels, a team with more "33" than any other in the MLB.  With regards to Kendrys Morales, he is also someone who once faked his injury on home plate... causing him to miss two seasons of play.

These additions follow the Seahawks success; they were the first team to win the first Super Bowl ever played on the 33rd day of the year.  They are also the only team in the NFL with a Gematria of "33".