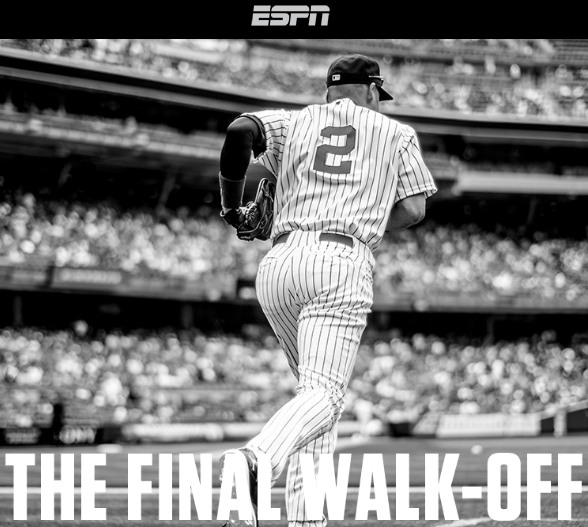 When I was a  boy, Derek Jeter was my hero.  I used to play a lot of baseball growing up and I wanted to be the shortstop for the Yankees when I was older.  I think a lot of boys were living the same dream, through the same man.  What I didn't know when I was a boy was that there was such a as manchurian athletes, which today, I'm now certain Derek Jeter was one of.  Take a look at the Gematria of his name, typical of sports superstars, which Derek Jeter is in every way.

Part of the reason Derek Jeter has been a hero for me, is his mild manner attitude.  I've never seem him brag, boast or put anyone down.  I've also seen him make a lot of clutch plays, and clutch is something I've always been attracted to.  As the story goes for his final at bat, he knocked in the game winning run- clutch as usual.

If you look at the batting order of Yankees today, you'll see many names with master numerology, from Headley to Ellsbury, the later of which was born on September 11 in the 33rd State, Oregon.

In other words, it won't be long before the Yankees find another star to replace Derek Jeter.  The manchurian athletes, they are abound.