131 | Gary Grinberg aka Gary the Numbers Guy (Is Gary part of the gang?) 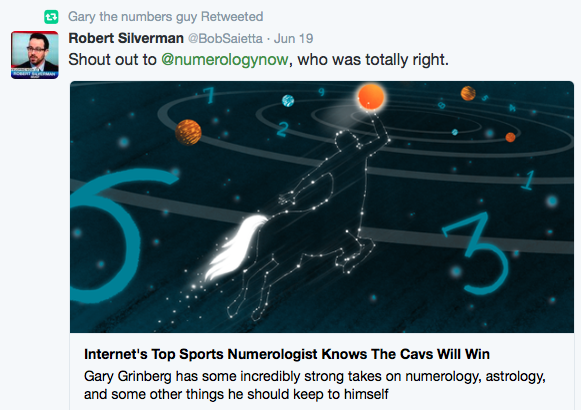 Checkout the length of his video calling the Cavs winning the NBA Finals in 2015-16. 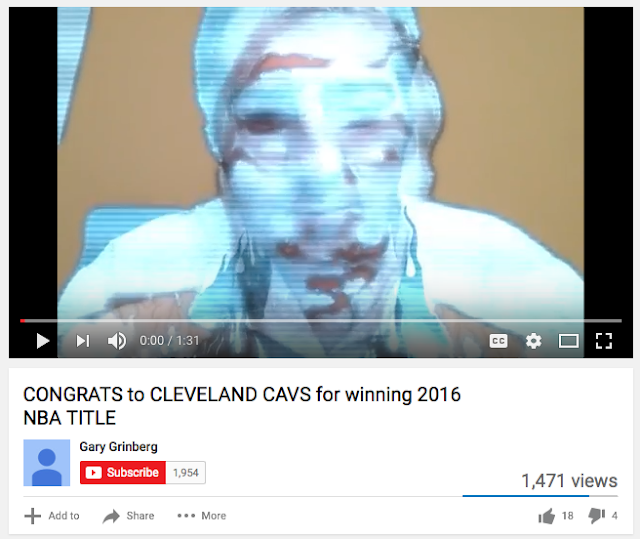 What I noticed about Gary before the NBA Finals, was everyone was saying he called Cavs and Thunder for NBA Finals.  And then after the Cavs won, everyone said he was right having called Cavs over Warriors...  seems he has a legion of people working to build his legacy for him online.

And call me crazy, bug Ginberg sounds pretty 'Jewish'.  That said, he doesn't look too Jewish.
Posted by Zachary K. Hubbard at 4:44 PM