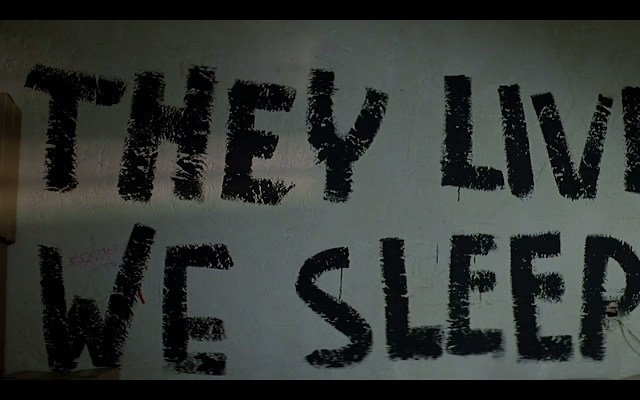 The title of the film is 'They Live'.

John Carpenter is the writer and director of They Live.

The film is also 94-minutes long.

Roddy Piper was even born on a date with '94' numerology. 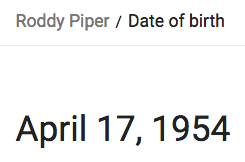 His date of birth is fascinating for a number of reasons.

He was also born in '54, the number of the news shown throughout the film.


They live we sleep, is written on the wall of a church, which inside has a chemist's setup, and glasses that give people the eyes to see the truth of the world they live in.

All in one quick movie scene, the truth is revealed. 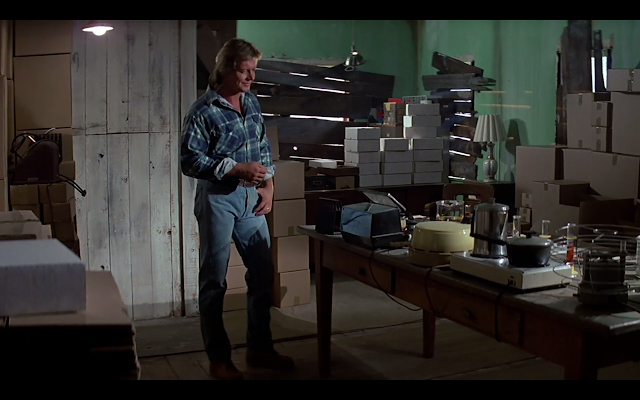 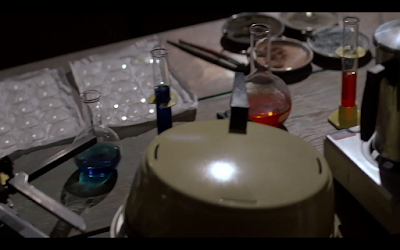 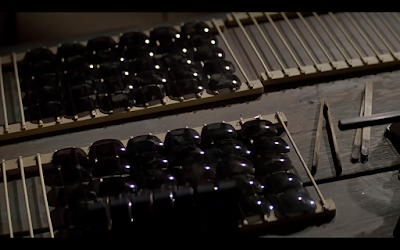 After discovering the glasses, he wants to share the revelation with a friend.

It turns into a fight... possibly the longest fight scene of any movie ever made.  The analogy is clear.  It takes a lot to get someone to be willing to see the truth, possibly even a back alley brawl. 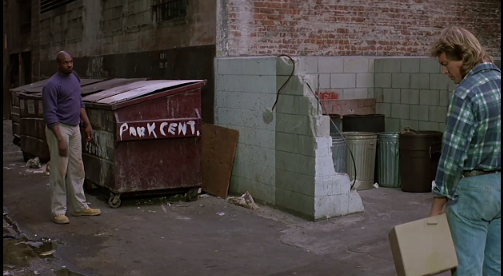 It does not seem coincidental that 'Park Cent' is on the trash can.  The words are shown clearly throughout the fight which lasts nearly 10 minutes. 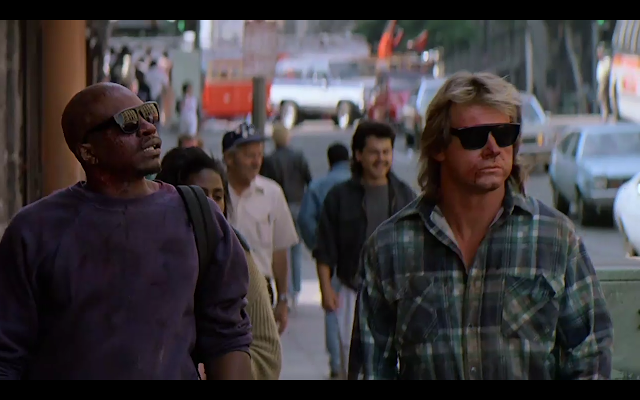 This is what the men see when they have the glasses on. 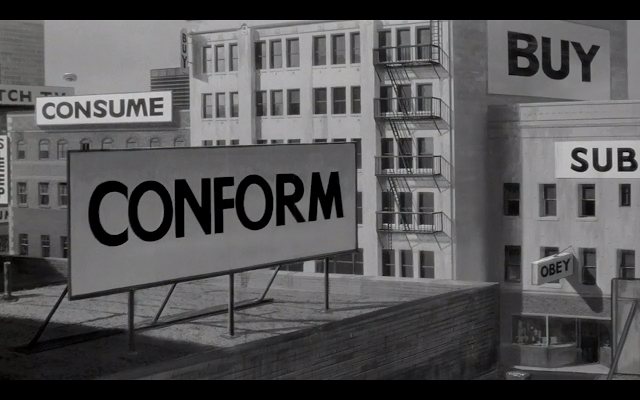 In an earlier scene, the first we he sees with the glasses is 'Obey'.

And with the glasses, some people appear a bit different than others. 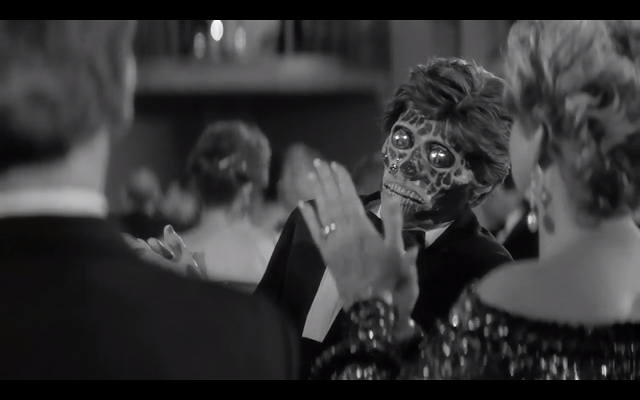 Remember the Gematria of 'They', as in They Live. 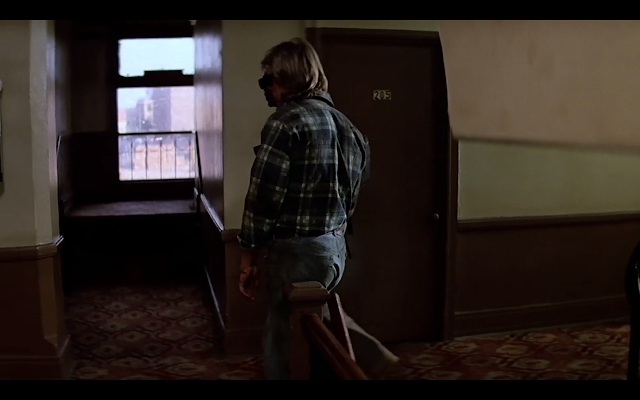 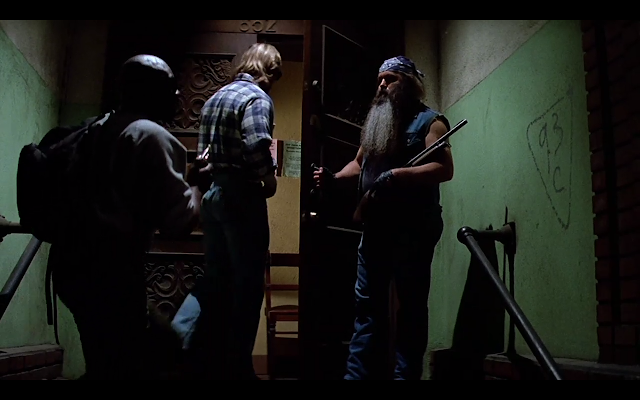 This is just before attending a secret meeting for "conspiracy theorists". 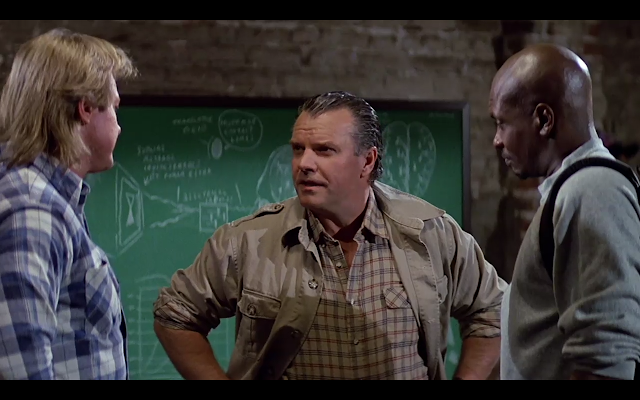 In the rear, an explanation of how the TV is truly controlling the minds of the masses, for 'they'. 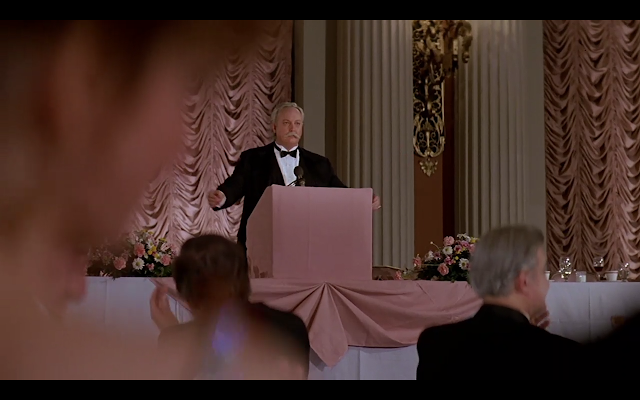 Late in the film, it is revealed that people are selling out to 'they' for money and riches.  Some surprise there, right? 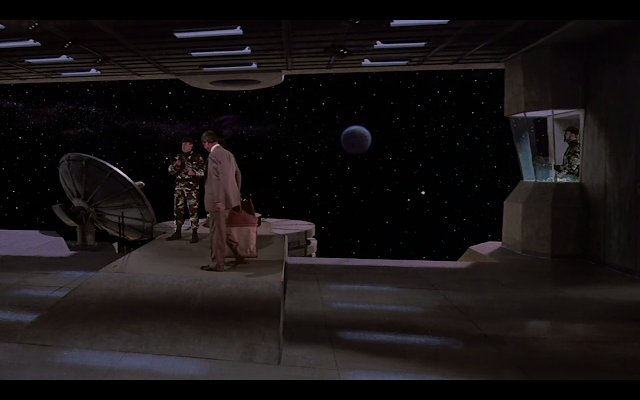 The film shows that 'they' are from another planet, and earth is just a temporary planet to pillage, the latest. 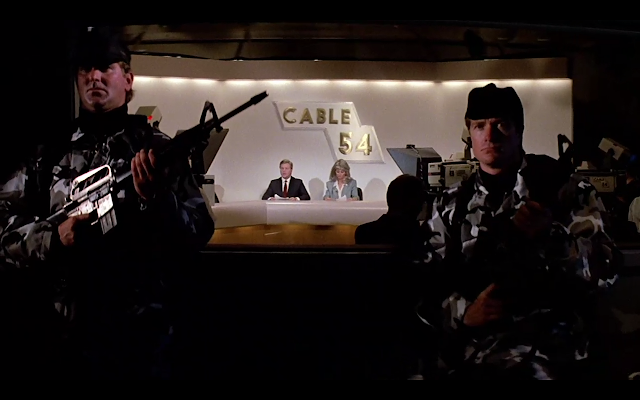 You also discover that the news is actually coming from the land of 'they', not earth, where it is received.  Notice the channel is Cable '54'.  We know how '54' connects to Thelema and the Sun, being often paired with '93'.  Propaganda = 93 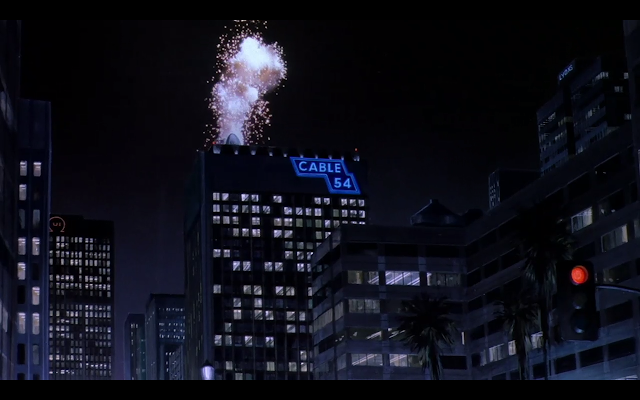 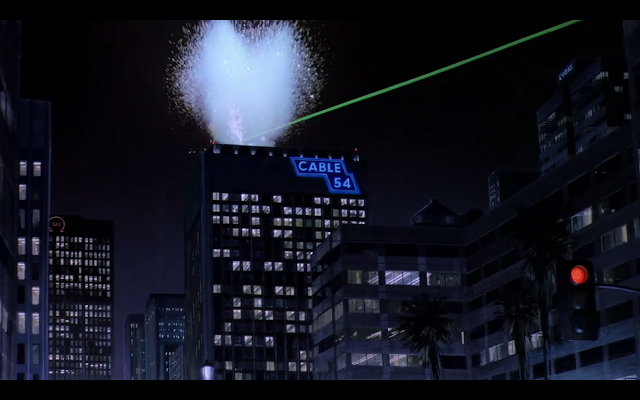 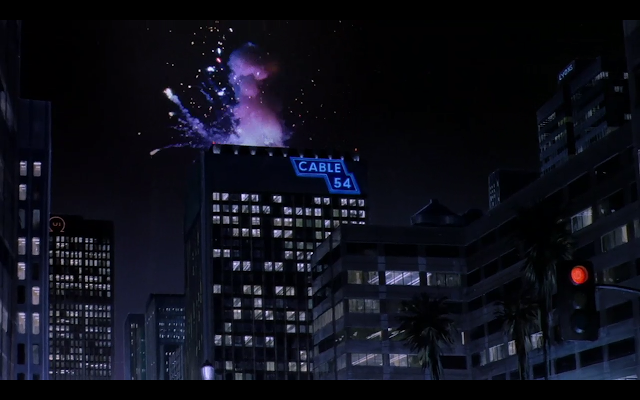 Roddy Piper, or in the film, 'Nada', destroys the alien signal at the end, causing the masses of humans to wake up to their alien surroundings.  For the woman below, she wakes at the least welcome of times. 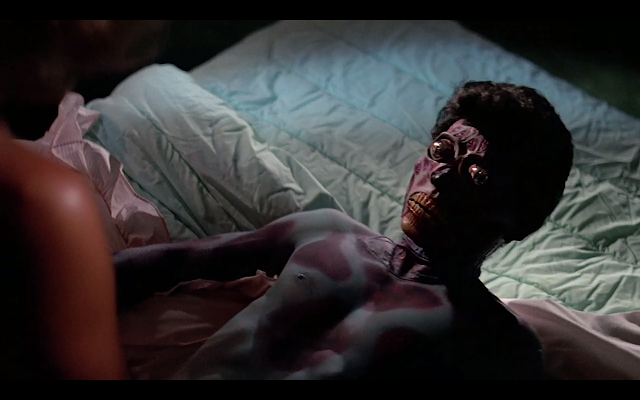 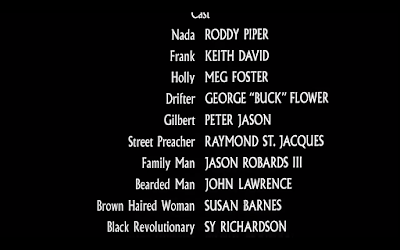 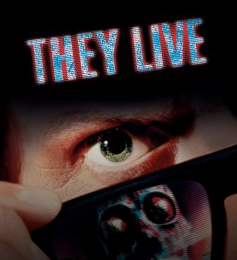