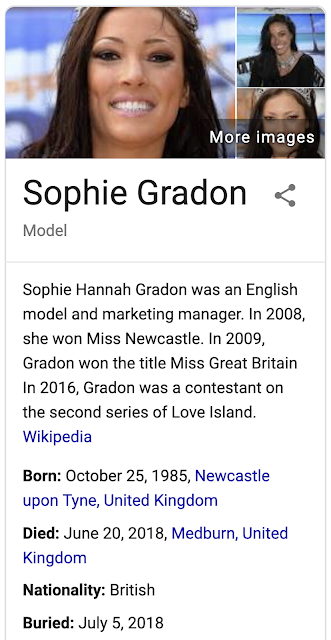 Her death was blamed on suicide, summing to 47 and 119, numbers related to the loss of Theo Campbell's eye.

She died 127-days before her birthday as well. 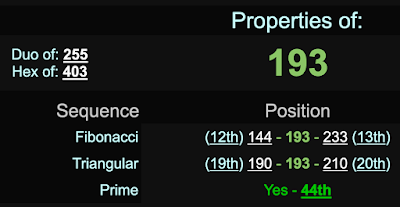 Notice that Mike Thalassitis below, died at age 26, and his death was blamed on suicide as well. 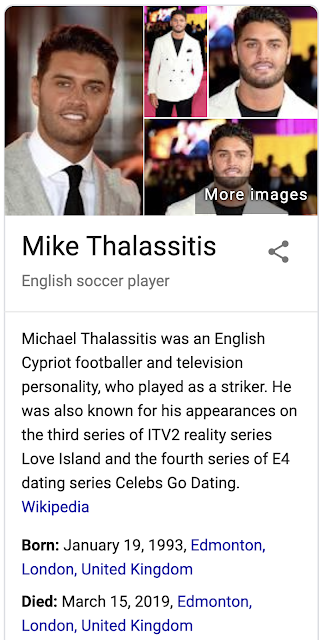 Notice he died on the 74th day of the year, the Ides of March, the day Caesar was stabbed to death. 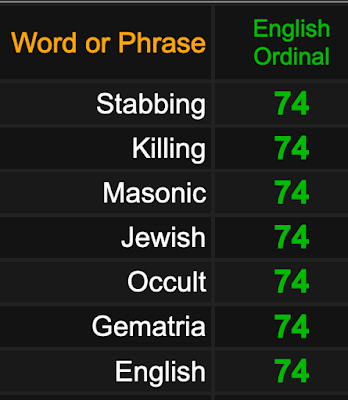 He died 55-days after his 26th birthday. 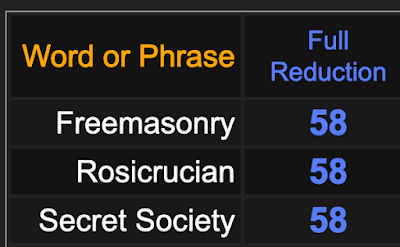 Freemasonry sums to 59 in Hebrew and in English.
Posted by Zachary K. Hubbard at 5:05 PM