This man's death comes just before the start of the NFL season that will end with Super Bowl 54.

He played for the New Orleans Saints and New York Jets, as well as the Vikings, his first team. 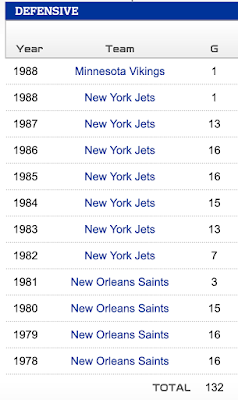 Read about the death of the 54th Governor of Louisiana:
https://freetofindtruth.blogspot.com/2019/08/54-kathleen-blanco-54th-governor-of.html 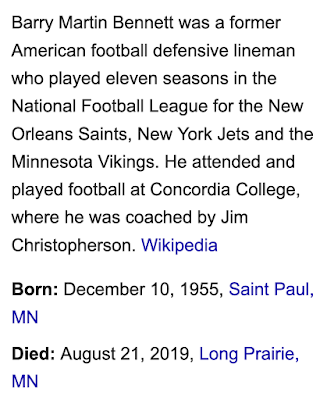 He died 111-days before his birthday, and the Saints and Jets last played each other 111-weeks before the date of Super Bowl 54.

*He died 254-days after his last birthday.