It's another Seattle related story in 2019.

On Sunday, February 17, the 48th day of the year, a former Seattle Seahawk, who played college football in Colorado, was shot in Colorado.

Remember when the Seahawks beat the Colorado team, the Denver Broncos, in Super Bowl 48?

The Seahawks won with 43-points.

COLORADO IS THE 38TH STATE.

He died 15-days after the Super Bowl. 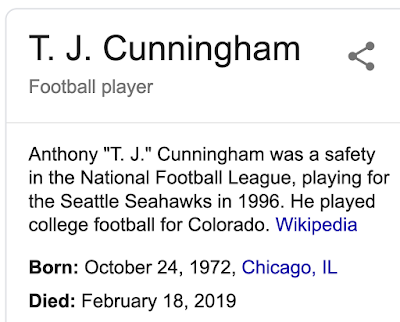 *The shape of the football is the Vesica Piscis.

He also died 16-weeks and 6-days from his birthday.

He was a Chicago native.

RIP to Joe Tofflemire, a former Seahawk who died on the Jesuit birthday at age 46. 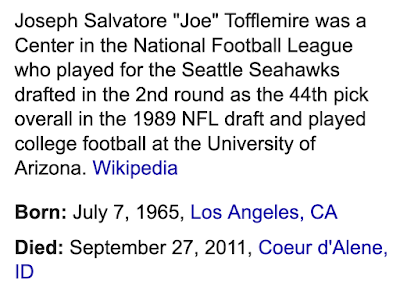