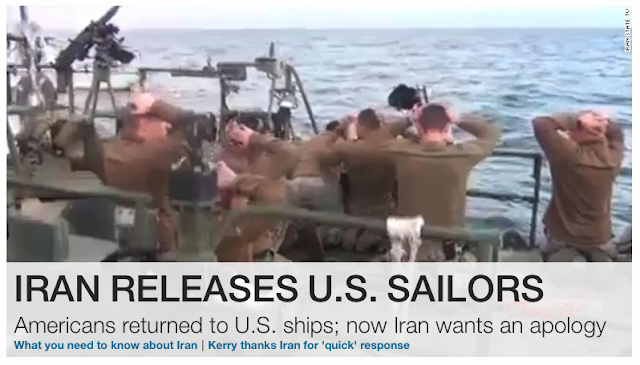 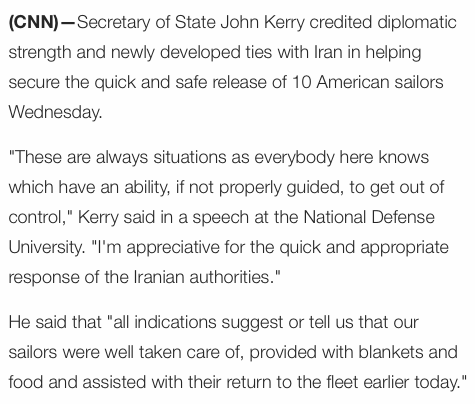 They needed this narrative to contrast with Obama's message during the State of the Union.  As it said last night, 'Obama's State of the Union overshadowed by Turkey bombing and U.S. soldiers in Iran custody'.  Of course these stories play on our memories, such as that of the Iran Hostage Crisis of the past, a hoax I have well covered.

Also recall, the Iran Hostage Crisis began on a date with '113' numerology, and this time around, it the "one day Iran hostage crisis" ends on January 13, or 1/13. 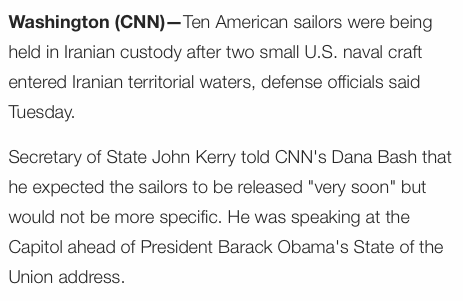 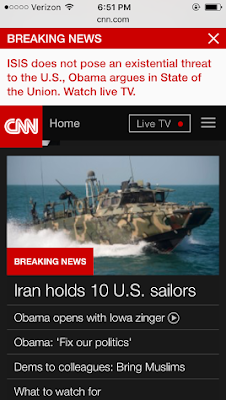