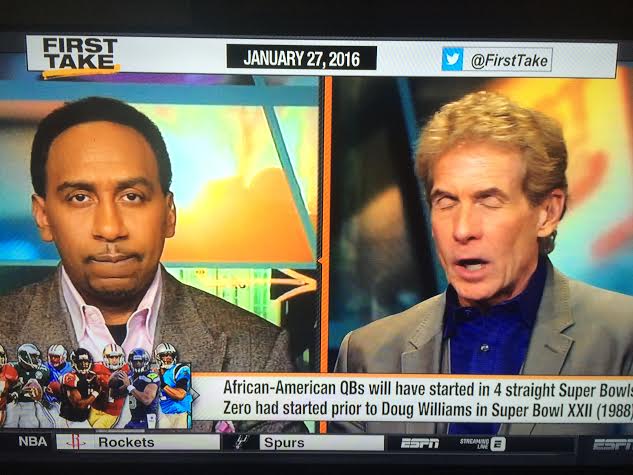 The woman who also works on the show (not pictured) asked the two men, "Did you know that Denver is the only team that African American QBs have won against?"  Skip Bayless responded with, "Is that a joke?"  The woman then said, "No, it is true, if Cam Newton won, he would be the third, with all wins coming against Denver."

Anyhow, what I took away as interesting, was Skip Bayless's reaction to her question.  I'm still torn on who is going to win this Super Bowl.  The numbers are there to support both teams, and the '58' '88' connection to Doug Williams win over Elway, and how that synchs up with Cam Newton and the Super Bowl this year is very intriguing to me.
Posted by Zachary K. Hubbard at 11:53 AM