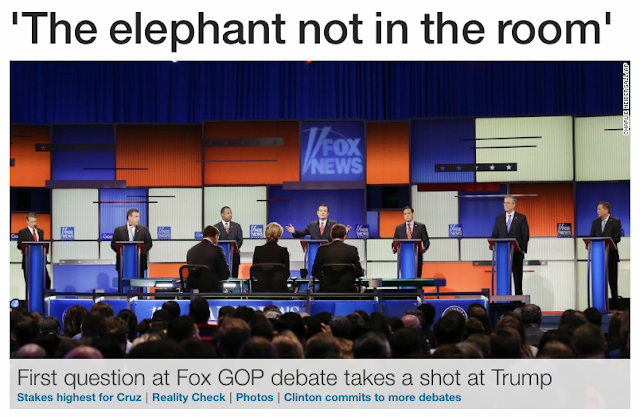 It is interesting to note that '118' is a number that has been coded into many Donald Trump headlines thus far, and here is another.  It is also a number coded into his published books.
http://freetofindtruth.blogspot.com/2015/11/11-49-113-133-311-donald-j-trumps.html

Of course the headline is a play on the Republican symbol, the Elephant, but what you might not have known, is that 'elephant' has a connection to this time we're living in, the 239th year of the United States's existence.