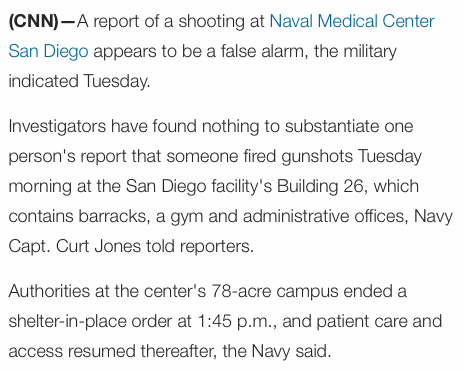 Like I said earlier, the details were that shots were heard, but not seen, and this was just another hoax, just so that 'active shooter', the phrase of growing infamy, could be repeated in the mainstream media.  It is pathetic!  Just think about it, since when is, "Shots maybe fired" a national news story?  Only when a propaganda campaign is well underway.
Posted by Zachary K. Hubbard at 8:15 PM