What do you know, in the race war Super Bowl, the Broncos are choosing to wear white, so the Panthers can wear black.  ESPN tells us this is a 'major surprise'. 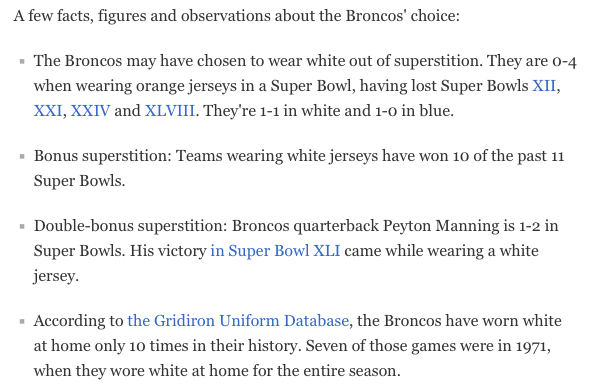 I have to laugh at them being 0-4 in 'orange'.  I think I have established the significance of losing in orange, the color with the connection to 'sacrifice' through the number '33'. 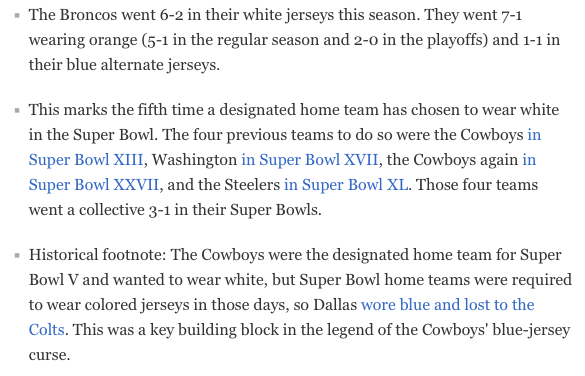 The dates and scores of the four Super Bowls mentioned are below.

The detail about Super Bowl V stands out, in light of all of 50 and 5 focus on the upcoming Super Bowl.  Notice that Dallas lost to the Colts that year, the team in white, and a team that shares a relationship with the Denver Broncos. 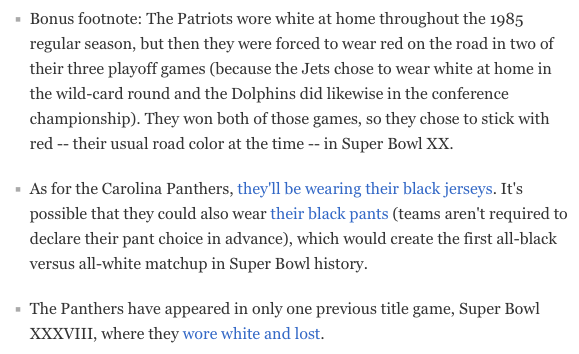 The details about the Patriots are interesting.  Remember, they were blown out by the Bears in Super Bowl XX, 46-10.  (Chicago = 46)

The detail about the first "all black" vs "all white" Super Bowl is too much.  So is the part about the Panthers losing in white... but what will they do in black? 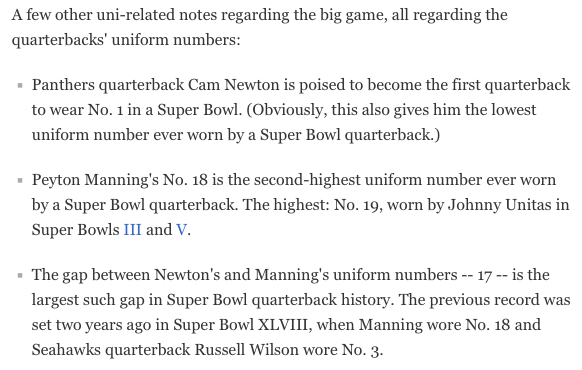