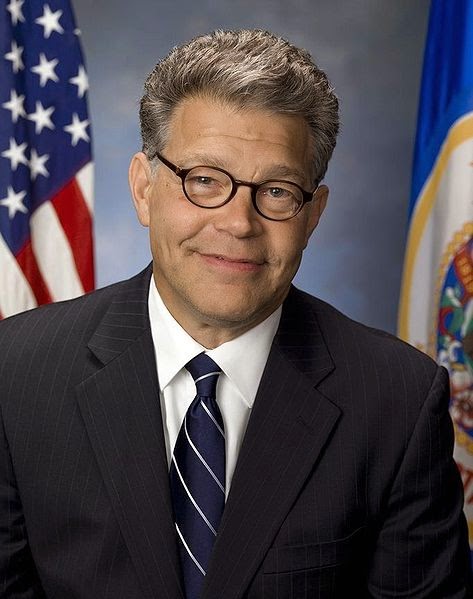 On November 19, 2013, Al Franken and 33 Senators lobbied for more funding for the National Institute of Health, which is the world's second biggest spender on medical research pertaining to cancer, heart disease and other diseases that cures and appropriate diet are already known for.  In other words, this is a waste of spending, which is what liberals like Al Franken and his colleagues are into.  Our government has known much about these diseases and how to prevent them since prior to World War II, but that research and knowledge has been hidden from the public who deserves to know.  It isn't more research dollars we need, it is more truth.  Let's take all the sugar off of the grocery store shelves and get back to organic produce.  If we do that, all this research Franken and the Gang of 33 are advocating for will be unnecessary, all these drugs people are prescribed from preventable illness through good diet will be unnecessary, and we'll be heading back towards the path of sanity.

With regards to Al Franken and the 33 Senators, the name 'Franken' has '33 numerology'.
Also, with regards to the date November 19, it can also be written as 11/19, which reminds of the Knights of Templar, who were founded in the year 1119, and are the roots of modern day Freemasonry.  On this same date of 11/19/13, Walt Disney's only daughter, who was born in 1933, died in her sleep, or at least so the story goes.  Her name was Diane Disney-Miller.
Personally, I don't think Al Franken is all that awful of a person.  I even agree with him sometimes .  Right now he is lobbying for the Comcast merger to stop, which he is right on about.  Still, at the end of the day, he's probably just another puppet on a string of the 'Gang of 33', or better yet, a relative.
Posted by Zachary K. Hubbard at 12:44 PM