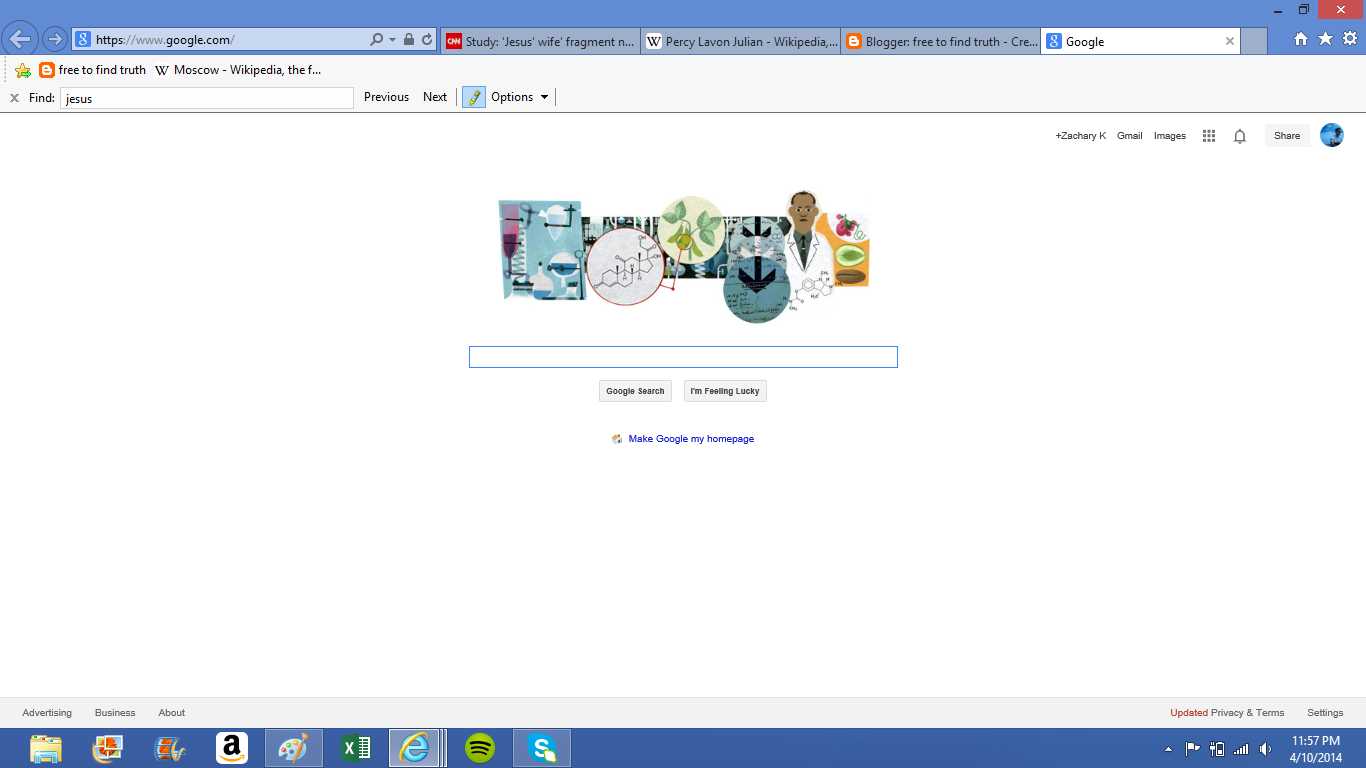 For April 11, Google is giving tribute to Percy Lavon Julian, who is credited with being a research chemist and pioneer in the chemical synthesis of medicinal drugs from plants.   He was the first to synthesize the natural product physostigmine, and a pioneer in the industrial large-scale chemical synthesis of the human hormones, steroids, progesterone, and testosterone, from plant sterols such as stigmasterol and sitosterol. His work would lay the foundation for the steroid drug industry's production of cortisone, other corticosteroids, and birth control pills.
He later started his own company to synthesize steroid intermediates from the Mexican wild yam. His work helped greatly reduce the cost of steroid intermediates to large multinational pharmaceutical companies, helping to significantly expand the use of several important drugs.
During his lifetime he received more than 130 chemical patents. Julian was one of the first African-Americans to receive a doctorate in chemistry. He was the first African-American chemist inducted into the National Academy of Sciences, and the second African-American scientist inducted from any field.

What I am suggesting is that Percy Lavon Julian, Charles Darwin, Bill Gates, Steve Jobs, Mark Zuckerberg, Michael Dell, Jonas Salk and many more are not the people we think they are; instead they are false faces for the masses to believe are the inventors of the things we think they invented.  Instead, these medicines, these computers, these social websites, are created by governments who are purposefully steering us in the direction they want us to go.  Of course all of these people are bright people, but they're also puppets and actors, playing their part in the formation of the New World Order.