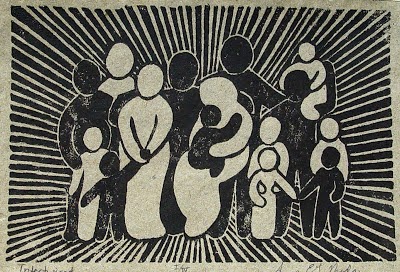 Both the words person and people have 33 numerology.  Is it a coincidence?  I don't think so.  Like I've said before, I believe it is a trademark (TM); by the Illuminati.
Before this research I never realized what the English language really was or why anyone would want it to become the "language of the world", but it makes perfect sense now, especially when you think about how much of the world speaks it; from the Americas, to Europe, to Africa to Asia.

With that said, let us get into the numerology of people and person.
The reason I think they put the number 33 on the words people and person, is because they know they own us.  The people who rule this world are our owners, our puppet masters.  We are their servants, their puppets.  They have us going to their schools, operating under their economic systems, listening to their music, watching their movies, eating their food, etc. etc.  We live in the world they have created for us.  It is a world in which man has challenged the ways of nature, and as a result, we have all been taught to live, act and think backwards.  It is why the problems that persist through all of humanity and across all corners of the globe exist.  From broken families, to unnecessary violence, to obesity to autism, these are the consequences of living backwards and being complicit in a fundamentally wrong system.

The Illuminati is real, or as I prefer to call them, the 'Gang of 33'.  We are their spawn.
They are bring about the 'New World Order'.