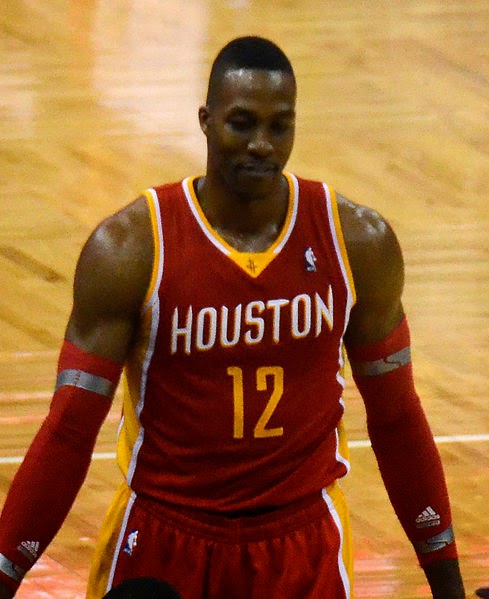 Dwight Howard was born a day after Pearl Harbor Day, December 8, 1985.  He was born on the 33rd Parallel North, in Atlanta, Georgia.  After his senior year of High School, he would be drafted to the NBA by the Orlando Magic.  Let us decode the numerology within these names and dates.
In his time in the league, Dwight Howard has been used as a "Christian Role Model", and also touted as Superman.  Strangely enough, it was Shaquille O'Neal who came before him, was also drafted by the Orlando Magic, and was also touted as Superman.  Shaquille O'Neal also has a direct connection to Christianity.
Yesterday I posted about how the entire TNT NBA broadcast crew has 'Illuminati numerology', but I forgot to include Shaquille O'Neal, who was recently added to the broadcast team.  To read that post, please visit here.  It is a great insight into how the NBA truly is a '33 league'.  What it leaves me wondering, is if Kenny, Ernie, Magic and Charles know the real reason they've been on TNT, broadcasting about the NBA for years.  Do they even know their names sum to 33 and other Illuminati numerology?
Posted by Zachary K. Hubbard at 8:34 AM